PARCES (Peers in Action Research Against Social Exclusion) is a youth-driven human rights NGO based in Bogota, Colombia that works to catalyze social change through peer-led and youth-led initiatives against multiple forms of violence, including sexual violence and gender-based-violence (GBV).  Our grassroots movement is particularly relevant given that we are at a historical juncture in Colombia as we transition to a post-conflict society.  As young people, and young researchers for social justice, it is our responsibility as the generation of ‘peace in Colombia’ to transform society and work against the processes of violence that continue to affect the most marginalized populations. PARCES operates as an independent, non-profit organization with 14 full-time staff members and more than 40 interns and volunteers working as human rights lawyers, anthropologists, community organizers, photographers and other visual arts professionals, psychologists, social communicators, among other community-trained and university-trained talent.

Goal: to have political, social and cultural impact in promotion of the human rights of the marginalized populations we work alongside including transgender women and other individuals historically targeted by sexual violence and gender-based-violence.

PARCES uses a Participatory Action Research (PAR) framework to propel community-based social change and self-empowerment within the communities we work with in order to generate impact at the very local scale and broader impact at the district and national scale through public policy recommendations. In the case of their work on public health, they have incorporated a participatory focus on community-based public health research and practice that enables scholars to contribute to the public health evidence base that better reflects marginalized communities’ health-related needs and to design public health interventions that are more adequately equipped to promote positive change in the lives of target populations. This is premised on the belief that the principles and critical praxis of participatory action research (PAR) can be used to inform the design of more inclusive public health research.

‘Mobilities at Gunpoint’ is a long-term participatory action research (PAR) initiative designed to work collectively with transgender youth to document the human rights violations experienced by transgender youth populations in Colombia and to attain the social justice–oriented goals established with the transgender and activist community in Bogota. Their PAR work in Colombia is driven by what is referred to as “sustainable structures of care” forged by university–community partnerships as part of a collective fight for the social justice and rights of transgender youth and other historically marginalized communities. Qualitative data collection, including interviews, auto-photography, and mapping, used within a PAR framework included involving transgender sex workers in decision making and action research design throughout all project phases. Overall, the research has prioritized the voices and vision of transgender sex workers through the presentation of their cartographies, photographs, and interview excerpts that illustrate their experiences of forced displacement and immobility in Bogota.

PARCES’ approach to participatory research on GBV and sexual violence seeks to go beyond the often-polarizing debates in women's rights and sexual and reproductive rights sectors and sub-fields.  Instead of sticking to static categorizations of sexual and GBV violence that often limit the transformative potential of participatory action research, their research aims to generate the evidence base for both public policy decision making and for the community-driven creation of spaces for the self-empowerment of those youth and other communities most affected by sexual and gender-based-violence.

Known in Colombia as the ‘Beyond Glue and Bazuco’ project, PARCES has worked to identify and document the violence experienced by young people who struggle with street-based substance abuse. Working through a formal alliance with the government in the implementation of the ‘Youth for Peace’ programme, the action research involved a youth empowerment initiative within the state institution that houses the rehabilitation programme. Participants were trained in the principles of PAR and were required to complete an internship with a social organization. PARCES sponsors a group of interns from this programme each year and the current group of interns are working on the design of the ‘Safe Spaces’ programme to be implemented in the state institution. This training programme provides a means of working alongside street-connected adolescents to inform interventions that make a difference in their lives and those of their peers. Drawing from critical PAR scholars, the work of PARCES in the fight against inequality in Colombia echoes the definition of critical hope as a feminist practice ‘where what could be is sought; where what has been, is critiqued; and where what is, is troubled’ (Cahill, 2010; Ritterbusch 2016). 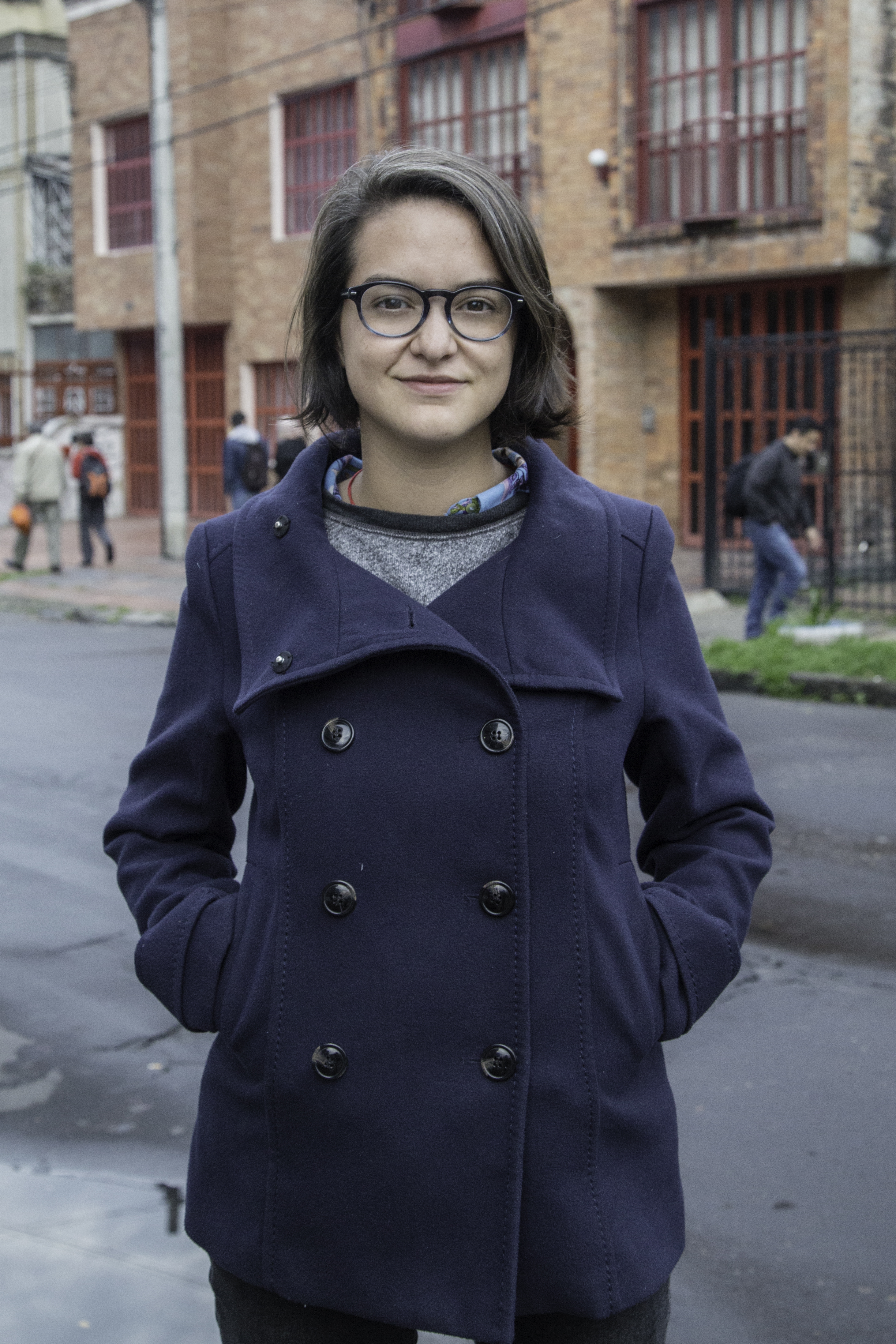 Nora is the head of the Justice and High Impact Litigation Centre which is supported by the Communications Area and the Participatory Training Center for Trainers. She has worked together with PARCES colleagues in engaging youth people at PARCES in participatory research. Over the past years she has worked closely to sexual violence issues from a diversity of angles. Firstly, she has worked with young students that have been assaulted by other students or harassed by professors or other kind of authorities at university campuses. Secondly, she has worked with young sex workers to address all kind of gender violence episodes they experience from police, clients and their partners. Thirdly, she has worked with transgender women that are in jail (male jails) as well as with transgender victims of the Colombian Armed Conflict, drug users and street connected communities. She is one of the lead researchers of the Parces research observatory known as 'Observatorio de Trabajo Sexual'.  At the end of 2016 she was part of the launch of the first mixed method-data informed human rights report on the difference forms of violence that sex workers experience.

Sebastian has been working together at PARCES NGO for a number of years promoting human rights for sex workers, transgender victims of the Colombian Armed Conflict, drug users and street connected communities. He is the director of the Participatory Training for Trainers Center (TTC of PARCES) and works to create spaces of self-empowerment to propel other young people from diverse backgrounds toward social-justice oriented research careers. His work depends on the constant search for opportunities to generate capacity in young participatory researchers, both in university-based and community-based spaces. He is working as a harm reduction project researcher in four target zones in Bogotá at PARCES. This project, “Reclaiming our right to the city” seeks to combat police violence and health exclusions through Participatory and Artistic strategies in Bogotá using participatory assessment, public health campaigns, and artistic strategies in public spaces. Sebastian is currently co-authoring the chapter Resignifying Trans Warscapes for Community-Based Peacebuilding in which we explore the emotional geographies of transgender women who are victims of the armed conflict. 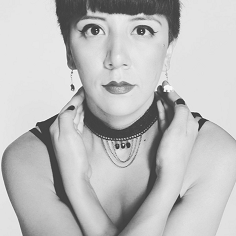 Laura is a co-founder of "Furia Diversa y Callejera", which is an non-profit community based organization that promotes a) the empowerment of sex workers, b) the defense of human rights of sex workers and lgbt community, c) the dignification of people who are in jail, specially trans women and those who are deprived of their liberty because of political offenses. Right now, "Furia Diversa y Callejera" it's working on a workshop on "jail culture" and also on a radio project that aims to visibilize the problem amongst these communities. Also, we're conducting a research on new legislation proposed that wants to impose a penalty fee on people who pay for sex in Colombia. This, because we know this kind of measurements decrease the access to rights of sex workers. We're doing a participatory research with them so we can get information that comes from people who are directly affected by this new legislation: sex workers. Also, I'm participating in the National Sex Work Observatory, which aims to visibilize the situation of these communities in Colombia. I've been sharing my experience with daily violences at sex work establishments, also, gathering information to understand the differences between sex work at street, and sex work in sex work establishments. On the other side, I'm participating on a committee composed by people from NGO's, the State and sex workers to build public policy on this matter.