“A hug for the first time in fifteen years”: the impact of a parenting programme for the early prevention of both spousal violence and violence against children in Uganda 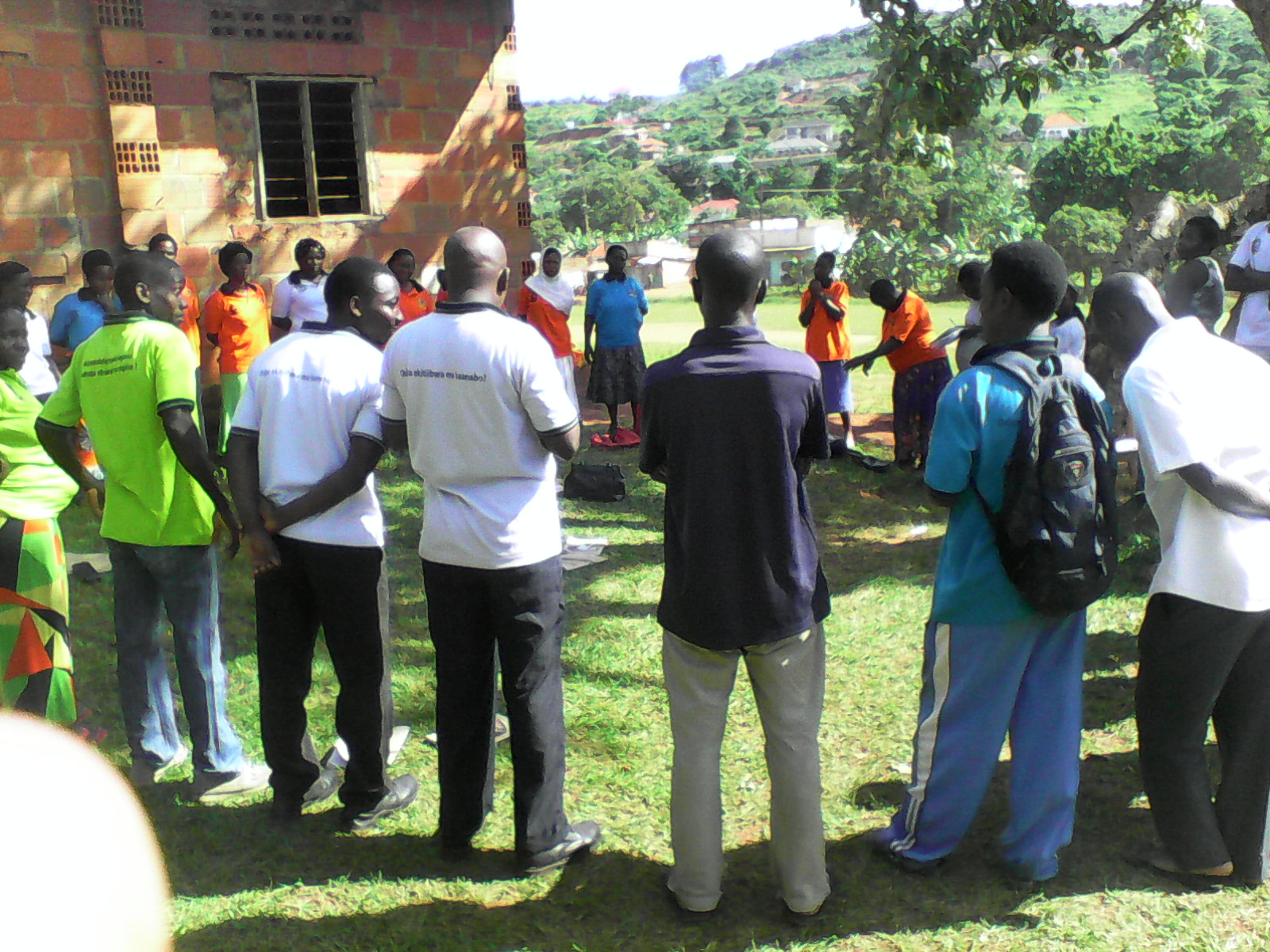 “I received a hug for the first time in fifteen years” Jane, a mother and wife told us as she proudly described the many benefits of their participation as a couple in the Parenting for Respectability Programme recently delivered to about 600 parents in Wakiso a semi-urban area in the central part of Uganda. Jane’s voice was not isolated. We have been surprised at how many different spouses valued this parenting programme for its benefit to their relationships. Jane, as is often the case with so many women in Uganda and parts of sub-Saharan Africa, had for many years lived in a conflictual marital relationship characterised with violence from her spouse. For many women in this situation, violence, especially intimate partner violence and violence against children, is inevitable, it is acceptable as normal, and is expected.

But the truth is that violence against women (VAW) and children (VAC) are preventable. By addressing the root causes of violence we can stop it from happening in the first place(Dartnall & Gevers, 2015). Worldwide, 1billion children experience some form of violence and/ or neglect; most of these occurring in Asia and Africa (Hills et al 2016). Out of all the deaths occurring to children due to injury and violence, 95% are in low and middle income countries (WHO, 2014). Approximately four in ten female and six in ten male Ugandan children experience physical violence and 35% Ugandan girls and 17% Ugandan boys experience sexual violence (MoGLSD 2018). The drivers of VAC and VAW are multi-faceted and inter-linked, and they originate from unequal gender and social norms, as well as in early adverse childhood experiences, including poor attachment and exposures to and witnessing violence

The impacts of VAW and VAC are far reaching and can manifest throughout the lifespan. Such violence is associated with premature mortality and morbidity, increased risk of HIV, and in children, potential long term conduct problems, cognitive and emotional problems, social development, poor educational outcomes, and future relationship problems and violence. Although VAW and VAC tend to occur together efforts to address these types of violence are often conducted in isolation. As a result there is still limited evidence on what really works to prevent both VAC and VAW, especially in LMICs. Evidence of effective and culturally relevant parenting programmes that deliberately seek to address outcomes associated with both intimate partner violence and child maltreatment are few.

Yet interventions focusing on addressing gender norms and improving caregiver capacities and understanding of child growth and development are important levers for reducing violence against children and gender based violence broadly, and should be a priority component of a prevention model. There is now, more than ever, increasing global and national policy interest to optimize primary prevention of violence. The SDG targets 5.2 and 16.2 provide a great opportunity to address this kind of violence. The WHO, in partnership with a group of 10 international agencies have developed and endorsed an evidence-based technical package called INSPIRE: Seven strategies for ending violence against children. The package aims to help countries achieve SDG Target 16.2 on ending violence against children.

The Parenting for Respectability Programme currently being tested in Uganda implements INSPIRE, and contributes evidence on how to practically bring together programming addressing violence against women and violence against children, as well as how to effectively mobilize and retain men for such programmes. The programme has 16 sessions with a core of 9 single sex and 7 mixed sex sessions delivered weekly by local facilitators. Parenting for Respectability addresses four main predictors of GBV and violence against children: lack of parental bonding and attachment, harsh discipline, especially the use of corporal punishment by parents, differential gender socialization, often with girls being raised as unequal to boys, and conflictual spousal relationships, especially violence.

Parenting for Respectability – evidence informed and context based

The programme, which has undergone piloting and a proof of concept evaluation with ~600 parents/carers and their 10-14-year-old children between 2014 and 2018, is a collaboration between Makerere University, MRC/UVRI & LSHTM Uganda Research Unit, and Glasgow University UK, in partnership with SVRI and Oak Foundation. It was designed to address the need for an indigenous model of parenting in Uganda. Four main features make this programme unique. First, it is locally developed to address parent’s concerns for family respectability, largely achieved through children’s good behaviour and successes in life. Second, the project combines approaches that build parents skills to parent better and targets to improve spousal relationships which is an important cause of poor parenting and VAW. Third, the Parenting for Respectability programme deliberately seeks to recruit fathers as much as women and encourages parental couples to attend together. Fourth, it has a strong research component in it, which is important for learning lessons to improve practice. Through a strong research process, the programme has clarified how the intervention is perceived in terms of relevance and acceptability, the best way to recruit parental groups and sustain participation, especially participation of fathers, the best way to negotiate access with local leaders, and how to continue to monitor, mentor and support local facilitators.

The Parenting for Respectability programme has provided incredibly important data on what makes an intervention acceptable and relevant to local communities, and many parents, like Jane, have reported dramatic benefits from their involvement. There is widespread interest and endorsement of the programme as a potentially high impact programme since parenting was an important concern in this community. The community leaders and participants have spoken positively of the delivery structure which involves both single sex and mixed sex sessions. For the men, the single sex sessions create an environment in which they can explore non-conventional masculinity without the risk of being ridiculed while attending sessions as a couple enabled the participants to clarify conflictual perspectives regarding spousal relationships and negative gendered norms and offered an opportunity to learn new perspectives on parenting from the opposite sex. We have learnt that using men’s pre-existing motivation to improve their children’s behaviour, thereby enhancing family respectability, is an important factor that should be harnessed in a parenting programme.

Women and men alike have reported many positive impacts of the programme on their parenting skills and spousal relationships, and that cases of gender based violence and child abuse have reduced after parents received the training. Jane received a hug from her husband for the first time in fifteen years, and other couples have variously described the programme as an “eye opener” that has helped each of them to reflect on their role in family conflict: “I used to be tough. I would subject my husband to silent treatment. I never thought of the implications of my behaviour. However, the training was an eye opener. I have since started having discussions issues with my husband and the children, and as a result our home life and marriage has become enjoyable”.

[Photo by CHDC, Makerere University; A couple during a closing ceremony]

Tinka, a married man and father, presented the programme as relevant and timely: “Training is what I needed to change my ways. I used to drink a lot and mistreated my wife and children. I am now a better husband. We now communicate better”. Like Tinka, many other men have reported that they are now better fathers and husbands. Semogerere, one of the local leaders who attended the programme says he is now more involved in home affairs and shares chores with his wife, such as looking for firewood, which used to be a woman’s job when he was growing up.

Parenting for Respectability programme is a promising approach to engage parents in reducing violence.

The Parenting for Respectability programme is a promising approach to engage parents, especially fathers, in reducing violence to children and their wives, but challenges remain. First, men still experience social pressure to adhere to conventional masculinity, suggesting the need to instill intervention values at community level. There have also been some unintended consequences of the programme, notably, the potential for the programme to increase men’s monitoring of their wives’ parenting practices. Some men who believe that they are more receptive to the programme are critical of their wives’ approach to parenting. This is a potential source of conflict which the programme should pay attention to. Many participants have noted that the programme needed a session on income-generation and livelihood skills to help them implement what they are being taught. “This is because many of the things were trained to do, such as educating children and providing them with proper nutrition, need a stable income. Lack of money is one of the issues that disorganizes homes,” one father decried. There are plans for a large-scale trial of the Parenting for Respectability Programme to generate further evidence of effectiveness. In the meantime, several NGO’s and CBOs have noticed the programme and are considering various adaptations. 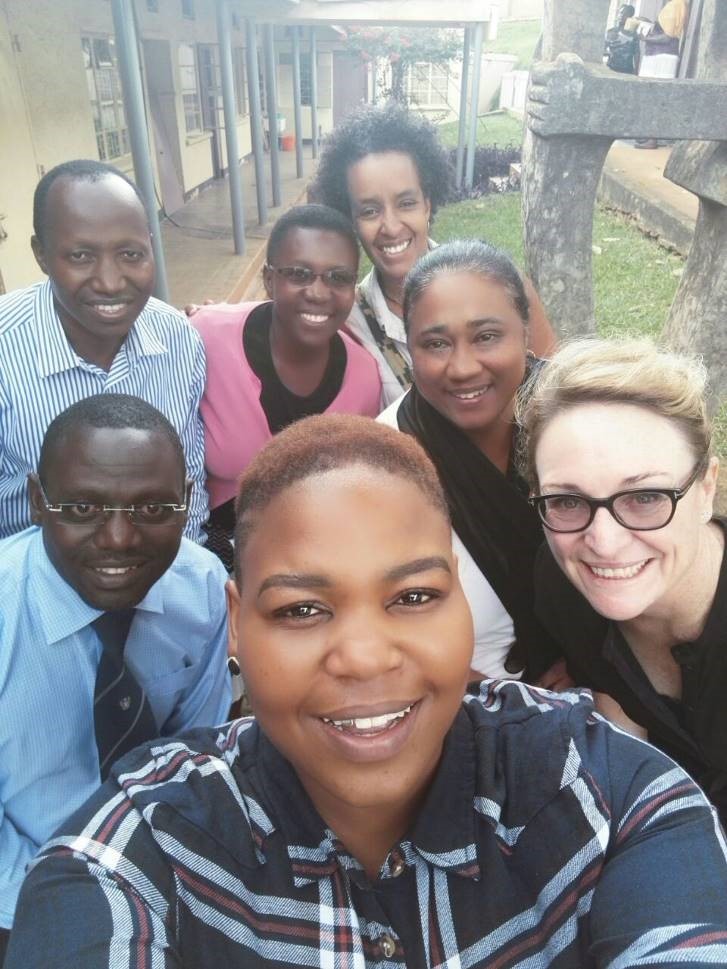