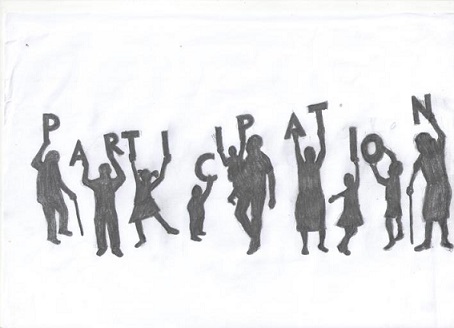 When the news came that we had been shortlisted, we were nervous to say the least but when we were finally chosen it was a moment of euphoria, excitement, elation and thrill! A moment that can only come when one’s passion is harnessed by global opportunity! Africa Community Publishing and Development Trust was chosen and sponsored to be part of five organisations in the globe that will attend the Sexual Violence Research Initiative Forum 2017. This means that two young researchers from ACPDT, Leandre and myself were selected to participate in the Being Heard process and attend the forum in Rio, Brazil. This international conference organised by SVRI will bring in over 450 researchers, gender activists, funders, policy makers, service providers, practitioners and survivors from around the world who are working to understand, prevent and respond to sexual and intimate partner violence. More on the event can be found on this link. This blog post features the euphoria surrounding the way ACPDT feels about the whole thing as seen below:

“I was delighted that two young researchers from ACPD were selected to participate in the Being Heard process of the SVRI Forum 2017. It has enriched the research and book we are producing this year with 590 young people (aged 9 – 24) and 21 adults, called, like this blog, Flourishing Spring. It is about enhancing young people’s voices, participation and leadership, which we believe is one of the best ways of protecting children and youth from all forms of violence including sexual violence, while nurturing their talents, potential and ability to contribute to regenerating society and to sustainable development. Coming from a small country that is landlocked in many ways; the Being Heard process has been so stimulating and inspiring, enabling us to go Beyond the Yonder (the title of a poetry book and project.)

It is enabling us to connect meaningfully with researchers and others across the world who are passionate about ending sexual violence, particularly sexual and other forms of violence against young people, which is hidden and prolonged by silencing of the young.

Community Publishing was partly inspired by Brazilian Paulo Freire’s Pedagogy of the Oppressed, about ending the culture of silence and enabling previously oppressed people to read their own reality and write their own history. So, it is a great pleasure to bring back to Brazil, the community publishing research and advocacy approach to making previously excluded voices heard and influential, in ending violence and building a peaceful, democratic and sustainable society. Lastly, we work on difficult issues in a difficult environment in Zimbabwe, so the recognition and encouragement we have received as part of the SVRI Being Heard learning community, has enabled us to keep going.”

“Being Heard for me is still a wonder, I did not think that the work we do at ACPDT would give one the opportunity to speak on behalf of Southern African youths. I am very much honoured and yet humbled at the same time, it’s not often that such an opportunity occurs. It’s as though the universe heard my silent desire and loud thoughts as I was greatly affected by the plight of my peers. Too many are living a nightmare filled with abuse, poverty and death, it’s as though the older we become the more bound by societal expectations and injustices we become, we are forced to become silent as a sign of respect to our elders and the same silence is meant to inspire our siblings who view us as role models. Being heard is about transforming the norms that challenge our need to reform, as a young person, adults need to respect my integrity, sexuality, beliefs and talents. I should be admired for wanting to be different and being creative about it too, thinking outside the box should be applauded as it takes a lot to be innovative in this world where most minds have been groomed to think the same way. Being creative with words which make up poetry enables me to shout out in a respectable manner, that’s one powerful weapon I use that easily gets heard without getting shut down. I am glad I was chosen to be a part of SVRI, I aim to leave a print that will hopefully pave a way and guide the masses that are enslaved by all manner of darkness.”

In view of the above, this opportunity goes beyond the euphoria of getting on the plane for the first time or travelling overseas for the first time. It goes beyond the excitement of meeting new people and learning a lot from them. It runs deeper than the urge to change the world around us and ensure that some of the ills we see today are done away with tomorrow. It is a brand-new identity, it is empowerment, it is knowing that to some people and organisations in the world, youths do matter, it is a deep feeling of respect and honour for being granted the opportunity to participate in something ground-breaking. It is a milestone that represents the birth of participation and being heard globally! More than anything it is the first step towards our world, a home that is violence – free.

Below is a poem by Leandre from the new book: Flourishing Spring. It reflects on the community publishing approach to research and dealing with all forms of abuse including sexual violence. Community publishing really builds on the strength and creativity of the survivor so that we can enable them to have the courage to go forward in their lives.

Are you a victim or conqueror?

Choose the lesson over the trial

Choose to love rather than hate

What manner of beauty most suits you?

Your struggle is a training ground for fulfilment

You are just a diamond formed under pressure

The purest gold refined under fire

Trade those ashes for beauty

It hasn’t killed you

That’s why you are stronger.