Gender-based violence, safety promotion and risk reduction for female sex workers in Thailand: Building the evidence for a marginalised population

It is hard to believe that our gender-based violence prevention Development Marketplace for Innovation award from the World Bank Group and nonprofit Sexual Violence Research Initiative (SVRI) is in its final phases. Our team (Service Workers IN Group’s (SWING) leaders, Surang Janyam and Chamrong Phaengnongyang, Mahidol University researcher, Dusita Phuengsamran, and my team at Johns Hopkins School of Public Health) has taken tremendous strides together.  We developed an outreach-based intervention to reach female sex workers (FSWs) with safety and support messaging, and implemented in Pattaya, Thailand during spring 2017.

Why the focus on FSWs?

You may remember from our past blogs that FSWs face profound and disproportionate risk for physical and sexual gender-based violence. Their homicide rate is approximately 17 times higher than that of women in the general population.  As in other populations, the health implications of GBV are striking, including risk for poor sexual and reproductive health, even sexually transmitted infections including HIV. Historically, FSWs have been underserved by traditional violence prevention and support programs, and have little access to justice in areas where sex work is criminalized and marginalized.  We built our team and our intervention to begin to change this constellation of risk for FSWs.

Through our award, we trained a cadre of peer educators to impart safety messaging to FSWs during routine outreach.  Thanks to the tireless work of SWING in building strategic community partnerships, police volunteers were also trained to join the outreach team.  Globally and in Thailand, police-FSW relations are often tense, particularly where sex workers are actively criminalized. Training police volunteers on human rights, violence prevention and support offers them a pro-social identity and an important role in beginning to change FSWs harmful risk environment. 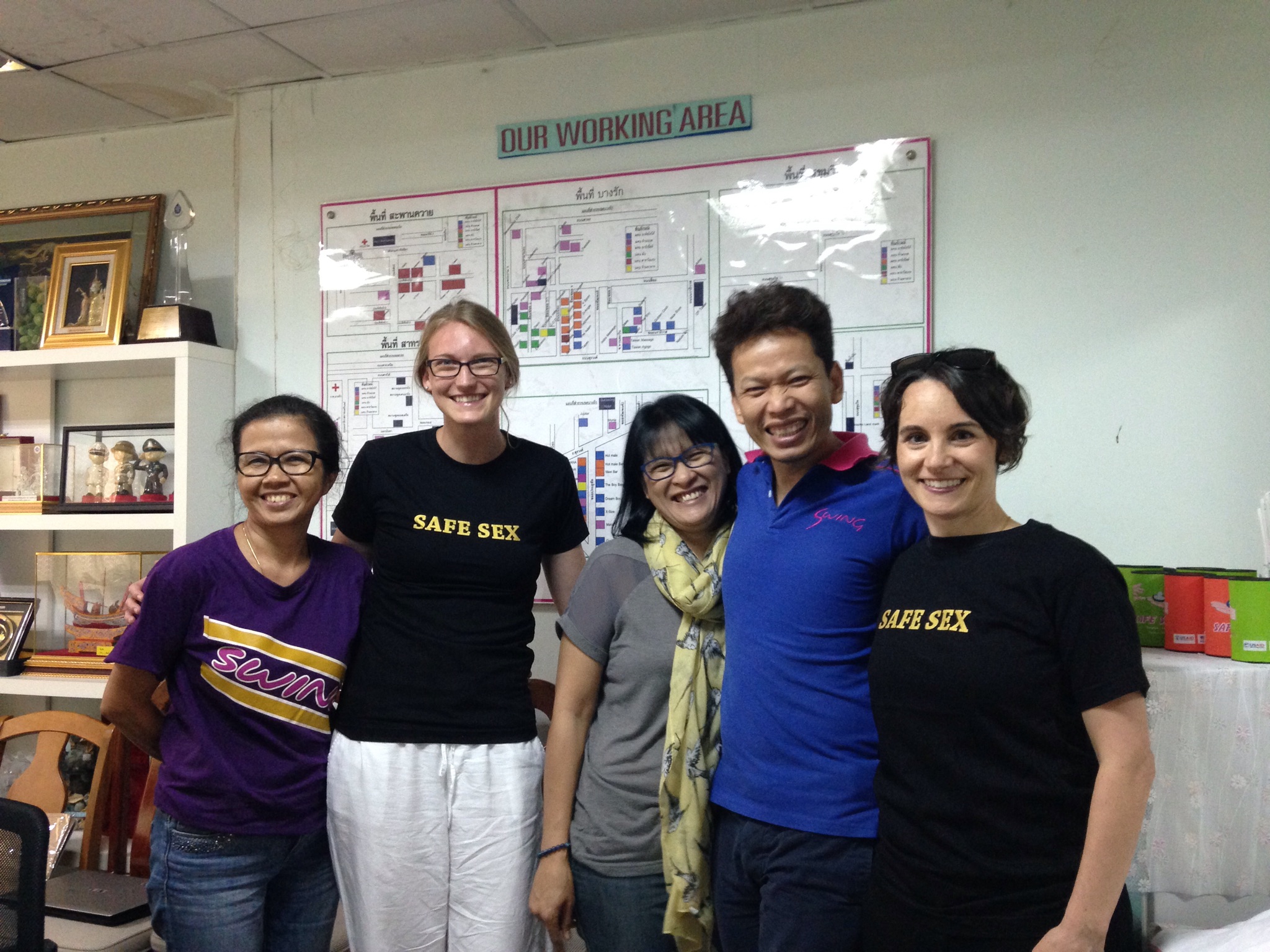 We recently collected our endline evaluation data, and we will spend the months ahead comparing our intervention and control sites to understand the value for FSWs and the people they live with of community-partnered outreach in harm reduction, reducing isolation, building community cohesion and recognizing human rights. By building the evidence base on community-partnered strategies for violence prevention and support, our team hopes to inspire others to take on the most challenging issues in human rights promotion and violence prevention and intervention. Women must believe that their safety and rights are worth defending– even when the odds feel stacked against them. Outreach teams, police, and support systems must know how to support violence survivors and address the very real safety concerns that women face on a day-to-day basis. Together, we can transform a world that enables violence with impunity and blames victims, to one in which freedom, safety, health and human rights prevail for all.

Have something to add? Share your thoughts in the comment section below. We would love to hear about any experiences with violence prevention and response among female sex workers. Follow us on Twitter (@michelerdecker and @dphuengsamran).