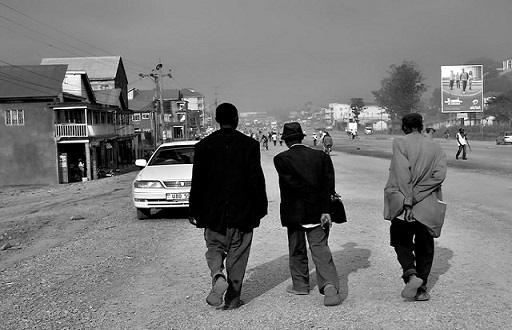 Last year we reported on a newly launched collaboration between researchers from Rakai Health Sciences Program (Uganda) and the UCSD Center on Gender Equity and Health (USA) to design a gender-transformative intervention to improve Ugandan men’s involvement in the prevention of violence against women. Through our prior work in this region of Uganda, we learned it was not only feasible to implement violence prevention strategies into existing HIV programming, but using this approach could significantly reduce intimate partner violence (IPV) and HIV incidence in a short period of time (<5 years).1

The SHARE intervention was conducted between 2005 and 2009 in 4 regions of the rural Rakai District. SHARE combined behavior change strategies (to alter social norms supporting violence) and an HIV counselling-based screening and brief intervention to promote safe HIV disclosure by HIV-positive women. Exposure to SHARE activities was associated with significant increases in rates of HIV disclosure by both men and women, reductions in HIV incidence and reductions in women’s self-reports of IPV.1 Notwithstanding these successes, SHARE did not impact men’s reports of perpetrating IPV and men and boys were less likely to participate in SHARE activities, relative to women and girls.

WHAT WE HAVE LEARNED

In response, we have spent the past year working to deepen our understanding of Ugandan men’s use of violence against their female partners, assess barriers to men’s participation in SHARE, and to identify factors that increased the likelihood that men and boys would take part in activities focused on preventing violence against women. With funding from the Sexual Violence Research Initiative and World Bank’s Development Marketplace Award, we  analyzed in-depth interview and survey data previously collected by Rakai Health Sciences Program, and we also explored unexamined areas through original qualitative research.

Findings from our analysis of survey data collected between 2007 and 2009 from 583 men living in SHARE regions indicate 71% of took part in some component of SHARE. Men most commonly attended events that were public in nature, entertainment-focused (e.g., theater performances, music shows) and accessible to the entire community. Few men engaged in programming that required proactive effort to take part, or that might have distinguished them as interested in the topic of IPV prevention (e.g., joining a small men’s group).2 Findings that emerged in this study, from previously conducted in-depth interviews with 11 men who disclosed being routinely abusive toward their partners, offered some explanation of these trends.

Men narrated how being identified (by one’s self or another person) as a “perpetrator” of IPV was stigmatizing, particularly when the violence was not socially sanctioned, such as severe forms of physical (e.g. burning) or sexual (e.g. rape) violence. It was commonly believed that men’s duty was to be strong and dominant in a relationship and exercise control over women and children. As such, slapping or shoving a wife tended to not only be acceptable for a man, but expected of him so as to live up to cultural ideals of masculinity. The most common reasons for physical violence toward wives was to “teach her a lesson” or “establish rules” in the house. Thus, men voiced internal conflict about participating in a program like SHARE which aimed to prevent behaviors that had been upheld as normative throughout their entire lives. Although men understood SHARE’s foundational message that violence is a public health concern associated with adverse health and social outcomes, eliminating the use of this form of “discipline” contradicted what many men said they had come to learn was socially expected of them. Without violence, men explained, they did not know how to adequately protect their families, be seen as strong by their wives, or serve as respectable heads of their households.

Despite men’s perceived dominance in relationships, most male informants narrated feelings of shame and remorse in the aftermath of abusive episodes toward a wife or partner. In fact, IPV often led to negative and regretful feelings even when it resulted in the desired outcome (i.e. getting his wife to do what he wanted her to do). Many men said they wished they could non-violently reach agreement with their wives and/or “get her to do what she was supposed to do” without relying on physical abuse, because it made them feel bad. Nonetheless, firmly established beliefs were widespread about violence being a necessary teaching tool. Further, men learned the utility of violence early on in their lives, narrating accounts of their own experiences of abuse as children. All men who identified as “users” of violence against their wives/partners said they underwent corporal punishment at home as children, corroborating a vast literature that suggests histories of childhood abuse and neglect are associated with increased reports of IPV perpetration as adults.3-5

We are preparing to pilot a gender-transformative program to increase men’s involvement in violence prevention in Rakai. The framework is based on findings from this study and years of prior research in the setting. Although multiple strategies will be used, we will prioritize implementation of activities empirically known to reach most men in Rakai, such as sports events and film shows. All programming, particularly components readily associated with IPV prevention, will account for our key findings.

Notions of masculinity underpin men’s use of violence against women

Strategies and activities will be used to give men a safe space to reflect on their experiences of violence and come up with their own solutions. A clear finding from this study is that men are rarely considered vulnerable, either to violence (as children) or social pressures to be violent (as men), in this rural setting. This reality limits men’s ability to comprehensively understand the impact violence has on their attitudes and behavior. Our work, moving forward, will lead men through a participatory process of transforming their own notions of ‘masculinity’ and what it means to be a man in Rakai, and Uganda. Activities - for men and led by men - will allow participants to talk openly and learn from each other about how to uphold ideals of manhood, without relying on violence.

Although systematic research has not been conducted on child abuse in Rakai, findings from our study suggest men in Rakai are exposed to a lifespan of violence. Participants narrated both observation of abuse between parents and other family members as children, as well as their own experiences of enduring physical “discipline.” Many men reflected on how exposure to violence early in life taught them about its utility and likely led them to physically discipline and punish their own children and wives/partners as adults. Future prevention programming with men and boys will address how their own experiences with maltreatment or trauma as children and young adults might have affected their attitudes, emotional health and use of violence as adults. Additionally, we plan further research with men and boys, to better understand the relationship between their experiences of violence in childhood and as adults and gather their suggestions for interrupting the intergenerational transmission of violence.