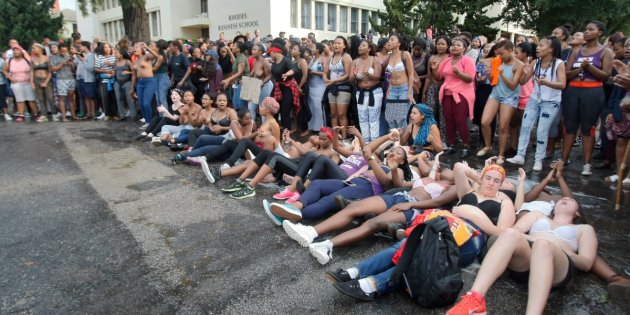 This was first published by Huffington Post South Africa. Permission to publish on the SVRI Blog was given by the author.

In cases of sexual assault, universities tend to prioritise their own reputations and that of the rape accused.

When I was a student at Rhodes in the early to mid-90s, women students regularly protested the university's denial of, and inaction on sexual violence on and off campus. Placard protests, night vigils, silent protests, and graffiti body-outlines marking key "rape hotspots" on campus were some of the attempts to make visible a reality that was made invisible by institutional denial and silence.

Students took "vigilante" action in marking spaces where rapes were happening, so that other women would know it was not only them who had been sexually violated with impunity ––an attempt to make visible something that was deliberately made invisible.

At that time, it appeared the university was more concerned about its reputation than for the safety and wellbeing of female students.

In cases of sexual assault, universities tend to prioritise their own reputations and that of the rape accused. His reputation would be harmed; his future would be destroyed –– a blurring of lines between violator and institution of learning.

But what of the survivor? What of her physical and emotional trauma? Her violation? How does she pick up the pieces? What of her future? Who stands up for her?

When women students protesting sexual violence at Rhodes brought the campus to a standstill in 2016, it was a sign to many of us that nothing much had changed, despite the passing of more than 25 years.

That the situation had escalated to the point of women resorting to naked protest to make visible they were still being blamed for rape, based on what they were or were not wearing, was a powerful reminder of how institutions, communities, individuals and society at large continue to systematically fail young women, denying even simple acknowledgement of their trauma.

I cannot quantify the number of women who have been raped, assaulted or otherwise sexually violated at Rhodes, because statistics, if they exist, are not a reliable indicator of sexual violence.

As politically engaged pupils in the 80s and university students in the 90s, we regularly resorted to illegal actions, including defiance campaigns against unjust laws. If we had all respected "the rule of law" then, official, grand apartheid would still be alive. Campaigns to make the country ungovernable were valid, just strategies for bringing the system to its knees. We were breaking the law. Because the law was unjust. And we believed in justice.

I saw something similar reflected in the naked protest actions of the women students. Other channels had failed, and they were resorting to more drastic, visible measures to make their voices heard. Saying, "Enough is enough." 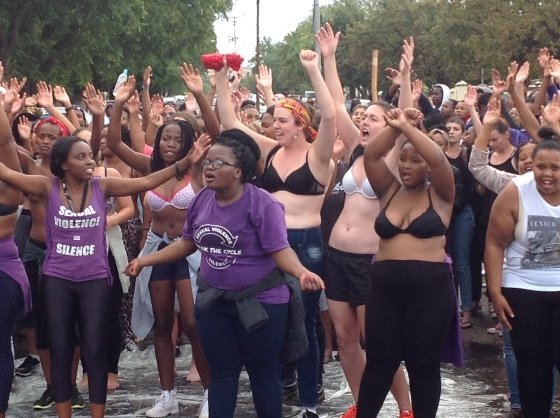 A boiling point had been reached.

We could understand why they resorted, symbolically, to naked protest. They were attempting to do something that prior generations of women students had not succeeded in –– getting the university to take rape and sexual violence seriously. To have the university on the side of women students, and to act on, and not hide behind, professed commitments and policies.

I cannot quantify the number of women who have been raped, assaulted or otherwise sexually violated at Rhodes, because the statistics, if they exist, are not a reliable indicator of sexual violence. In contexts of institutional denial, it is not always possible nor feasible to report a case of sexual violation. The risks of further trauma and victimisation of the survivor while attempting to report are high.

We are not rapists. It should not be up to us to protect ourselves from marauding men, whether fellow students or teachers. We should not be made to feel guilty or shamed for desiring to exercise our hard-won freedom to wear what we like, go where we like, walk where we like, at whatever time of day or night we like. If we are not safe, how can we be free?

Surely it is predatory men who need to be censured and held accountable for their actions.

And yet, blaming women for rape and sexual violence remains in the fibre of our institutions, including the criminal justice system, universities, and in our broader society.

How often have we heard comments suggesting that a woman dressed in a particular way was "asking for it"?

It is long overdue for universities like Rhodes to reflect on their track record on sexual violence.

In the particular case of the two women facing lifetime expulsion, who will not graduate -- it speaks volumes that the university has meted out its harshest sentence against women protesting men's violence and associated institutionalised impunity.

It is long overdue for universities like Rhodes to reflect on their track record on sexual violence and their values (past and present), to consider making an admission: that they have historically, institutionally, failed to take seriously and act on women students' reports of sexual violence. Failed in their responsibility to protect all students. Not just the men. And in that failure of responsibility, they were violently complicit in what came to pass in 2016.

The chosen course of action shows little understanding of the deeply unequal power relations involved in getting the university to take sexual violence seriously. It does not consider the university's possible complicity -- through inaction -- in women students reaching boiling point. It does not consider or reflect on possible institutional misogyny in practice: in the past or present.

Perhaps, as a sober acknowledgement of how the university has failed women students, it could take a long view. To consider all the women students ever victimised, assaulted, raped –– on and off campus –– whose lives have been destroyed by the institution's failure to take violence against them seriously throughout its history, by failing to hold perpetrators accountable for their actions -- to acknowledge institutional and historical failure to uphold women students' human rights.

And as part of that acknowledgement, as a small, symbolic act of reparation, to reverse the expulsion of the two women students, ensuring they graduate.

* This is written in my personal capacity.

* Sarita Ranchod is executive director of Under The Rainbow – Creative Strategies for Positive Change, a social justice organisation that advances women and girls' rights, operating locally, regionally and globally, with a particular interest in sexual and gender-based violence. She is a Rhodes alumnus and Nelson Mandela Scholar.