The trauma from FGM/C lasts throughout the lives of women and their communities. Let us not kid ourselves into thinking of FGM as a neutral or positive cultural practice: girls hemorrhage to death, and endure crippling infections for months or years after the cut.

Even when the outcome is relatively “smooth,” the physical and psychological effects continue throughout a woman’s life—affecting her, her intimate partner, and entire communities*. 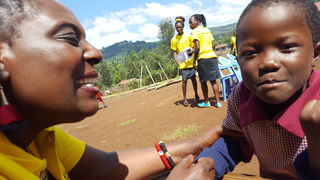 Shaping women towards submission is both the cause of FGM and an effect of it, according to Grace Mose Okong’o, Ph.D., founder and director of the Hope Foundation for African Women (HFAW), which combats FGM and other violence against women and children. This piece results from two weeks in Kenya with HFAW, as well as extensive collaborations before and since.

This piece concerns FGM in the Kisii region in Kenya. Kisii is about 503 square miles with a population of over two million, blessed by high green mountains and ample rain. Nearly 85 percent of girls in Kisii have had their genitals mutilated, with differing rates depending on the village (Population Council, 2019). In Kisii, the cuts are less severe than in other African, Middle Eastern, and Malaysian communities where FGM persists. Nevertheless, the suffering of Kisii women runs deep. Much of what I write here is applicable to FGM survivors in other parts of Kenya and the world—some is not.

The Cut: Then and Now

Traditionally in Kisii, girls approaching puberty were pulled aside in a group,  then forcibly held down while a village woman would dig out and cut off their clitorises, using a dirty razor for two dozen girls, without hygiene or anesthesia of any kind. Women danced, sang and drummed, drowning out the screams. For a month afterwards, girls stayed in a special seclusion hut, being overfed so they would grow plump, and learning about medicinal herbs and the role of a submissive Kisii woman. Village women would rub the girls’ vaginal areas roughly with medicinal leaves. While the intention may have been to promote healing, 35 year old village woman, Kwamboka, described this as excruciating and traumatizing, causing her to bleed day after day and extending her healing period and pain. Twenty-four year old Moraa told me there was a certain pride in having survived the cut and in “becoming a woman,” but mostly pain and fear. Moraa said she had never discussed this process with anyone--it was one of many topics which the Kisii do not address directly.

FGM became illegal in Kenya in 2001 with the passing of The Children’s Act.The laws were strengthened in subsequent years, penalizing cutters, parents who send their children to be cut, anyone who aids and abets in the cutting, and those who are aware of the cutting and fail to stop or report it. These laws are rarely enforced. The result? FGM has gone underground. The traditional ceremonies have dropped away and parents bring their daughters to cutters in the dark of night. Girls as young as 4 or 5 are being cut now, because younger girls are more easily restrained and forced to keep the secret. These days, the cutters may be nurses or people who pose as nurses—a hospital janitor who wears a white coat may make money on the side, slicing at the genitals of young girls.

These days, in communities that have received education on FGM, some girls who learn of a pending cut will run away to a church or the home of relatives, and try to resist. Some parents and other family members also refuse to have their daughters cut. In some towns, the rates of cutting are falling, whereas in others they remain steady. Many families bring their daughters to be cut because they believe that their daughters will not be able to marry without the cut, meaning they will not have access to land or a livelihood and will be outcasts in their villages.

Many of the lasting effects of FGM are psychological. The girls have endured an excruciating experience perpetrated by people they know, yet they are unable to question or even discuss it. Naturally, sometimes this leads to psychological symptoms:

Terror, Anxiety & Phobias: FGM can lead to nightmares, anxiety, depression, phobias such as fear of the dark, and social withdrawal.

Betrayal: Elsa, 20, described how she felt horribly betrayed by her parents and members of her community. Her mother had told her she was going to visit her grandmother when she was just 7 years old, and so she happily complied. When she arrived at an unfamiliar home, community women held her down and a retired nurse cut out her clitoris first with scissors, then with a razor blade. (Sometimes mothers or grandmothers ask the cutter to dig deeper because the girls’ ability to withstand pain is a sign of her worthiness). Elsa says her relationship with her parents has never been the same. Although her father was not present for the cut, her mother would never have done it without his consent. She learned to mistrust her family as well as the neighborhood women who were also present. Now, she longs to get as far away from her village as she can.

Powerlessness and Vulnerability: FGM teaches girls and women to be helpless. Mose Okong'o writes about how FGM is a central part of a socialization process that teaches Kisii women to accept the reality they face including the biases against them and the limitations placed on them. (For example, families often decline to invest in a girls' school fees and pull girls out of school early; and a woman cannot own land in her own name. Wives are expected to do all the housework, childcare and cooking in addition to farming and sometimes bringing vegetables to market. She is expected to turn over any money she earns through market activities to her husband. A woman who does not “produce” a boy child may be scorned by the entire community and her husband may reject her and take on a second or third wife. Women past childbearing age are considered unworthy of eating chicken or eggs. Men commonly dictate what their wives can wear, including prohibiting the use of pants.)

Conflicts in Couples: When I mentioned marital rape in a workshop for community chiefs and police officers, they laughed. They had trouble conceiving that raping a wife would be considered a crime “How can I rape my wife if I paid for her in cows?” As we discussed the issue further, one chief said, “If I don’t force my wife she will never agree.” This declaration illustrated one of the side effects of FGM: disrupted marital relationships because sexual activity can be excruciating for women scarred by FGM.  "Most Kisii men have no idea that their wives' problems with sex and childbirth stem from FGM," according to Mose Okong'o. 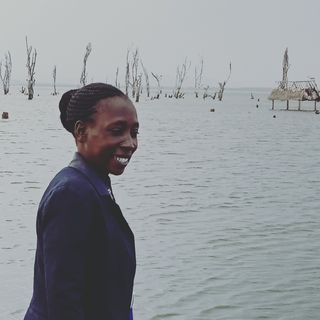 Vulnerability to Sexual Abuse: The HFAW grassroots coordinator, Joyce Amoyi, suggests that FGM exposes girls to sexual abuse and coercion. When a girl is cut, even if she is only 5 or 6, she is told that she “is a woman now,” and other people in the village treat her as such. Amoyi believes this makes her vulnerable to sexual coercion, abuse, and assault. Little girls may “agree” to sexual activity in exchange for a sweet or a lift to school on a motorbike; they are too young to understand or negotiate these situations.

Tissue Damage and Scarring: The cut and the infections and cysts that often follow FGM result in extensive vaginal scarring; sex and childbirth can then produce tears and infections.

Nerve Damage: The cut damages clitoral and vaginal nerves. Kerubo told me that she feels pain from her head down to her feet whenever her husband tries to have sex with her. Working with HFAW, she and her husband have learned to discuss sex, which is generally a taboo topic even between husbands and wives. Her husband has learned to be gentle with her during sex, which has vastly improved their relationship. Even so, Kerubo says sex is complicated and often painful, and she has frequent flashbacks to the cutting. Giving birth to her four children, she says, was unbearable. She went through obstructed and prolonged births, then dangerous tearing and bleeding, requiring months to heal.

Complicated Births and Fistulas: Scarring and nerve pain from the FGM prolong the birthing process, leading to fistulas, oxygen deprivation in the fetus, and stillbirths.

Even men from small villages have heard that women from other tribes and areas who are not cut are “more fun” Some of these men take on a submissive Kisii wife to care for the home and children, and then take on second and third wives, or girlfriends, for sex (Population Council, 2019). This contributes to the spread of HIV and other sexually transmitted infections, as well as marital discord.

Kenyan laws protect women and girls from the cut, but community education and law enforcement are lacking. Fortunately, HFAW is working hard in Kisii, using popular education techniques to raise awareness and eradicate FGM. They need our support. To learn more about the Hope Foundation for African Women or to make a donation, click here.

*To be clear: Not all girls and women who have suffered from FGM experience all the symptoms described above. 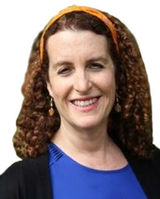 Lisa Aronson Fontes, Ph.D., is a Senior Lecturer at the University of Massachusetts Amherst, and author of numerous publications including the books: Invisible Chains: Overcoming Coercive Control in Your Intimate Relationship, Interviewing Clients Across Cultures, and Child Abuse & Culture: Working with Diverse Families. She has dedicated two decades to making the mental health, criminal justice, and social service systems more responsive to culturally diverse people. Fluent in Spanish and Portuguese, Dr. Fontes is a popular trainer, consultant, and speaker for audiences around the world.