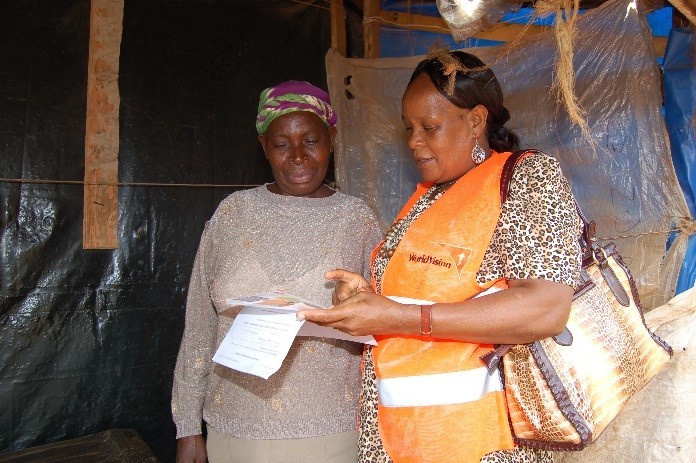 Mental health has a crucial role in the prevention of sexual and gender-based violence. However, to date most research and practice has focused on the role of mental health post-violence, and intimate partner violence (IPV) prevention is relying on public health models that do not explicitly include mental health. Yet, key concepts, processes, and competencies in the mental health field appear essential to successful IPV primary prevention.

Women’s subordinate status to men in many societies, coupled with a general acceptance of IPV as a means of resolving conflict, renders women disproportionately vulnerable to violence from all levels of society. Men’s use of violence against women is a key determinant of the inequities and the inequalities of gender relations that both disempower and relegate women to extreme poverty.

Statistics indicate that Kenya has some of the highest rates of violence against women in the world. One in three Kenyan females experience an episode of sexual violence before age 18. The Kenya Demographic Health Survey of 2014 showed that 45 percent of women aged 15-49 have experienced either physical or sexual violence. More than 41% of Kenyan women experience sexual and/or physical violence by intimate partners in their lifetime, while in a 12-month period, 31% of women are living with active violence in their homes. In over 90% of reported cases, men are the main perpetrators of violence; however men can also be victims of violence, with one in five Kenyan males having experienced an episode of sexual violence before age 18.

World Vision Kenya received support from the Sexual Violence Research Initiative and World Bank Group Development Marketplace for Innovations to Prevent Gender-Based Violence to launch a project aimed at reducing intimate partner violence in two peri-urban communities in Kenya. The project will target men with common mental health problems such as depression and anxiety, acknowledging the links between men with mental health problems, alcohol and substance use and high incidences of IPV.

An ethnographic study among the project’s targeted communities confirmed that violence in the home, including IPV, is a major concern. Men reported that they may be inclined toward perpetration of violence given stressors such as unemployment, excessive alcohol and substance use, and family difficulties, as well as other psychosocial, cultural and gender issues. The qualitative data also verified a cyclic link between the impacts and causes of IPV; men under stress tend to consume more alcohol and are more likely to perpetrate IPV, while men who consume alcohol are more likely to be unemployed and thus experience greater familial problems that can contribute to IPV in the home. The study substantiated that a mental health intervention for men may yield benefits to support men to better manage stressors and potentially reduce IPV in their homes.

The project will assess the feasibility, acceptability and effects of reducing violence using Group Problem Management Plus (GPM+), a cognitive behavioral treatment for men with common mental health problems, and explore the inclusion of community messages about IPV. The study will help determine if this approach warrants more rigorous research trials in the future. The project builds on Problem Management Plus (PM+), an evidence-based intervention delivered by trained and supervised community health workers.

How will we test the intervention?

World Vision Kenya will conduct a small pilot study to verify tools and GPM+ strategies before conducting a definitive feasibility study. The feasibility study will include focus group discussions and interviews with clients, male and female community health volunteers, and clinical supervisors.

Delivery of community-based messages (in one of the two communities) that challenge local gender norms and understanding about violence against women, will ascertain if wider community engagement has additive impacts. Community surveys will compare incidences of IPV in the intervention community with the control community, where such messages will not be delivered.

For more information and to share your thoughts about this work, contact Phiona Naserian Koyiet at Phiona_Koyiet@wvi.org