A report published by the Overseas Development Institute highlights rates of gender-based violence (GBV) in Papua New Guinea (PNG) to be of “epidemic proportions”. It is estimated that two-thirds of women have experienced some form of GBV, while 41% of men admit to having raped someone. Some of the most alarming statistics are recorded in the Highlands provinces. The following recommendations targeted towards community, non governmental organization (NGO) eﬀorts and policymakers are based on literature gathered during an in-depth investigation of existing literature on GBV in the PNG Highland provinces of Chimbu, Enga, Hela, Jiwaka, the Southern, Western and Eastern Highlands provinces.

According to the literature, the main factors contributing to GBV in the Highlands are gender norms and ideologies, intimate partner violence, polygyny, bride price, tribal conﬂict, the introduction of religion, economic industries across the Highlands, and inadequate local and international policy frameworks. 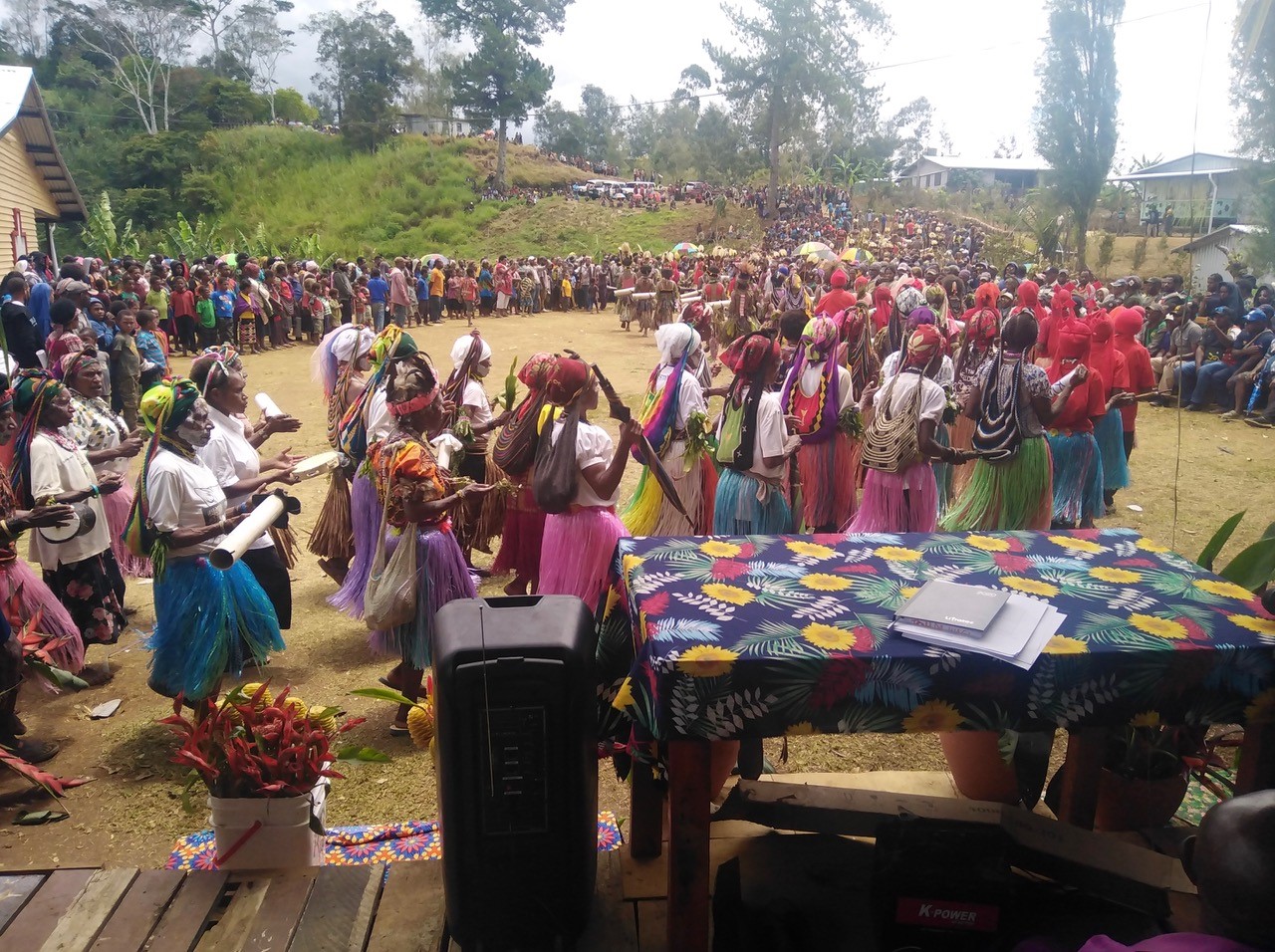 Community-level workshops, educational programs, and localized campaigns could dismantle harmful gender stereotypes that exacerbate GBV. Engaging men and women in such initiatives is key to combating harmful social norms, often tied to changing masculinities, and by including both men and women in these initiatives, we can address any potential backlash that may arise. This would be especially important for younger generations.

Educate community on bride price and its connection to GBV

This would inform local communities of potential dangers associated with bride price. This may encourage younger generations to alter or forgo bride price if the risk of violence is too great.

Researchers examining bride prices in regions of Africa have proposed that capping bride prices will reduce power, hostility and tensions between the bride, groom and families.

This has been recommended in the context of African bride price exchange. This compromise would ensure the Melanesian cultural ideologies of “gift giving” are intact.

Mandate that bride price is voluntary

Law and regulations should be created and enacted locally and nationally to ensure bride price and any marriage payment is not required for a marriage contract to be valid.

This has been proposed and debated by several local and international organizations. It is worth noting bride price practices have diminished due to intermarriage between Highlands and coastal tribes (Neuendorf 2020). Eliminating bride price may eliminate some forms of GBV.

Community-based programs and educational opportunities for the youth

Community engagement can steer young men away from destructive behavior. Educated men are 64% less likely to believe that wife-beating is justiﬁable.

This can reduce casualties and the frequency of conﬂicts, better protecting women and girls.

Monitor the sale of high-powered ﬁrearms, drugs and alcohol

In monitoring their sale, warfare and sexual assaults, resulting from their consumption, would be less frequent.

Contemporary warfare is widespread and diﬃcult to contain. Cooperation is crucial and organizations specialized in conﬂict management must be mobilized.

Churches across PNG have addressed gender inequality and GBV in their religious communities by framing the message in light of a fundamental biblical idea that women and men were created equally, and that God teaches kindness, compassion and respect (Eves 2012, p.5).

Condemn GBV in all religious denominations

Eves (2012) interviewed pastors at a Bible Missionary Church located in the Southern Highlands and found that men who beat their wives were suspended or expelled from Church activities and underwent counselling in order to address and publicly denounce anger and violence directed towards women in the Church community. Such approaches require careful review to ensure no further harm is done to women as a result of the intervention.

Economic strategies must remain conscious of the increased burden that capitalist structures place on women undertaking both unpaid and paid labor. The commercial cultivation of broccoli and pineapple in the Eastern Highlands has proved a successful economic strategy. The cultivation of other vegetables, including onions and carrots, and cash crops are encouraged.

The World Bank wrote a “Women in Mining” action plan from 2007-2012 with speciﬁc goals to address risks and increase the role of women in mining operations across PNG. The PNG government in partnership with all provinces in the Highlands should create a long term plan based on the “Women in Mining” framework to improve the conditions of women and prevent GBV as a result of mining operations. Such frameworks need to be mindful of local gender norms and dynamics and strive to include gender transformative components in these programmes.

Mobilization of NGOs in mining communities in PNG

Increased representation and support of local advocacy groups in mining communities such as Porgera valley, focusing on improvement in water access, environmental restoration and increased roles of women in mining operations.

Increase the presence of safe houses all over PNG, especially remote areas

Women may be even more traumatized by emotional than physical violence (Gangster-Breidler, 2010). Distributing public funds in creating safe houses with counselling services seems an eﬀective way to protect women’s mental and physical health.

Implement counselling services for men to control their violence

An eﬀective method to educate a non-violent culture would be to create counselling services for men where they could identify the causes of their violent behaviours and learn how to control their violence (Ganster-Breidler, 2010; Koyiet, 2017; Schafer & Koyiet, 2018 ).

Sharing information concerning women’s rights, legal and political tools through community-level training courses could be an eﬀective way to mitigate GBV. Sharing stories of female leaders could help female citizens to gain trust in institutions and younger generations to acquire a gender-equitable vision of society.

Expand support services for victims and training for support workers

Paciﬁc Women highlight the need to research how change happens across project outcomes. They recommend investing in monitoring, documenting, and sharing success to inform future policies.

A culture of victim-blaming continues to exist, therefore sentencing is often noticeably light for a rape trial. Sentences that reﬂect the victims’ pain should be imposed, increasing their trust in the judicial system.

Conﬂict resolution in GBV situations should use approaches grounded in Melanesian customs and values - such as the solidarity between families, clans and tribal aﬃliations. In order to pursue improvements in individual human rights for women- such as addressing GBV issues and occurrences, a community approach is often valued and eﬀective as the clan and tribe is involved in the solution. Essentially, encouraging gender equality through development and international strategies such as the “gender agenda” premised on “universalism” is not necessarily eﬀective in all communities.

Encouraging companies to address GBV will increase safety at work, reduce absenteeism and raise awareness of this issue. Some practical tools are: creating training and legal guides for companies; increasing security in remote workplaces; avoiding night shifts for female employees; advocating of costs of GBV and beneﬁts of combating it.

Drama performance as a recommendation

Drama workshops are speciﬁcally eﬀective in remote areas of PNG with low literacy rates, as messages regarding gender norms, GBV and SARV laws may be conveyed in dramatized plays in local languages such as pidgin (see Seeds Theatre Group).

Media can play an important role by holding the government and law enforcement accountable for a GBV case that is reported. Media outlets should provide timely updates on GBV cases and newspapers should even have a designated tracking column for GBV incidents and cases. This would address the current issue in PNG and across the Highlands of GBV cases being dismissed or forgotten about due to lack of awareness and attention.

Greater research on gender norms in the Highlands is needed, especially in the Western Highlands and Enga provinces. Research on GBV experienced by LGBTQ+ individuals is also lacking.

MSF highlights the lack of health services. Future research might focus on the psychological impacts of GBV. Updated statistics on IPV in the Highlands are also needed. Research could target economic and structural drivers of the negative consequences of contemporary polygynous practices.

Greater research on bride price will shed light on current circumstances and inform government and local organization responses to the issue.

The Paciﬁc Economic Monitor highlights the lack of available data prevents planning eﬀective policies in many ﬁelds, including female formal employment and health care. Improving data collection will provide insight into which sectors require more public ﬁnancing and identify the most appropriate policies for implementation. 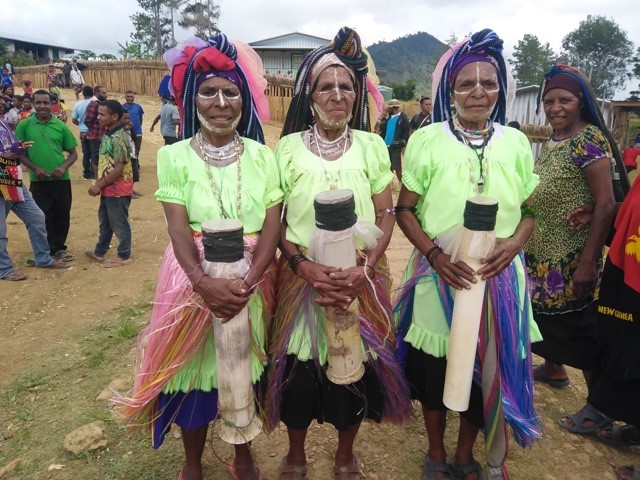 This research was undertaken with support from the United Nations Online Volunteering Program. Views are those of the authors only.

Gabriella Richardson is a Content Strategist and United Nations Online Volunteering Project Coordinator at the Morobe Development Foundation Inc. Gabriella will be starting her Master’s degree in Public Issues Anthropology in September 2021 at the University of Guelph.

Mhairi-Louise Martin is a United Nations Online Volunteer and is currently pursuing her Master’s degree in International Relations at the University of Glasgow.

Chiara Zardoni is a United Nations Online Volunteer and a trainee lawyer who has graduated from Università degli Studi di Milano-Bicocca with a main focus on International Peacekeeping and United Nations Law.

Soﬁa Treminio is a United Nations Online Volunteer currently pursuing her Bachelor of Arts in International Relations with a Minor in Political Science at the University of British Columbia.

Special thanks to the following individuals who assisted in the literature survey of GBV in the Highlands of PNG: Tan Zhong Chen, Antonio García Cazorla, Emily Baty, Alicia Kelly, Sydney Reis, Siyuang Wang, Alex Dupuis, Natalia Nagree, Claudia Colombo, Melvis Bora and Willie Doaemo. Thank you to Philip Gibbs, PhD and Sarah Garap for their suggestions in revising this work.