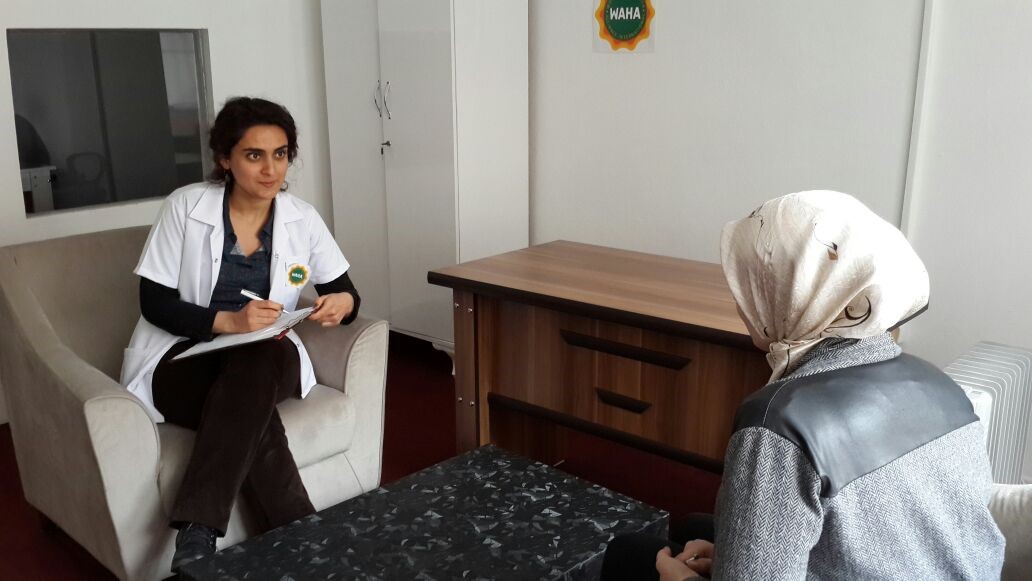 Throughout the 16 Days of Activism Against Gender-Based Violence campaign, we celebrate the strides made since the first Women’s Global Leadership Institute in 1991. Despite significant advances in programming and policy, gender-based violence remains pervasive, especially in crisis-affected populations. The ongoing conflict in Syria and the risks of gender-based violence for Syrian refugees (EU refugees, European Commission), challenge us as a global community to focus our attention and intensify our efforts and activism against gender-based violence.

The 16 Days of Activism campaign also allows us to reflect on the important role of research in activism. Without rigorous research, activism against gender-based violence may be misguided or misaligned with individual or community perceptions and needs.

The civil war in Syria has resulted in mass displacement to European countries. Described as the worst humanitarian crisis of our time, there are reports of increasing incidence of gender-based violence among Syrian refugees. Studies in the region show numerous risks for women and girls, including physical and psychological abuse in the form of intimate partner violence, familial violence (such as violence perpetrated by an older brother or father), street harassment, and sexual assault . There are also reports of exploitation along the route from Syria including rape, transactional sex, human trafficking, and early and forced marriage. Gender-based violence, in particular intimate partner violence, is often underreported. It is for this reason that rigorous research among the Syrian refugee community is so important. However, this task is particularly challenging in an unstable political environment and with vulnerable populations.

With research rigor comes a potential risk to research participants. The protection of participants should be prioritized for all research, but there are additional considerations when conducting research among a refugee population. For example, potential participants may expect benefits in the form of compensation or feel pressure from their families or communities to consent to being a research participant because of these perceived health and social services. Those affected by humanitarian crises may also fear that putting their names on a document might put them at risk for abuses or that participating in a study could mean that they will receive certain incentives that could eventually alleviate some of the issues of their current situation. It is also necessary to consider the ethical implications of asking potentially trauma-inducing questions and the importance of having a systemic approach of referral for participants who may present with untreated disorders, or who are a danger to themselves or others.

Our project team has thoughtfully considered the above and designed the research to mitigate these potential risks. There are international protocols and guidelines on the ethical conduct of research and a growing body of literature on the unique considerations of research conducted in humanitarian settings. What has also become evident in the course of the refugee influx in Europe is that countries have also individually considered potential risks and implemented regulations on research in order to protect refugees. On one hand, this level of protection is necessary as refugees may not be completely protected by laws and culture in the host country and are dependent upon others for protection and care. On the other hand, it is important for countries to consider how to best allow for the ethical conduct of research in order to support local and international activism against gender-based violence.

Mitigating risk and striving for rigor, it is our hope that the data collected as part of this project will contribute to evidence on intimate partner violence among Syrian refugees and will be relevant for other humanitarian contexts and development actors that will assist both refugees and impacted host communities, including those working at the World Bank. Identifying the social and cultural contexts and gender dynamics and hierarchies that lead to intimate partner violence perpetration and tolerance is key to prevention. While there are numerous pathways to achieving peace in our world, ending violence against women is one of the most important.

Dr. Jennifer Scott is from Harvard Medical School and has designed qualitative and quantitative studies on GBV in conflict settings. She is affiliated with the Harvard Humanitarian Initiative Women in War Program.