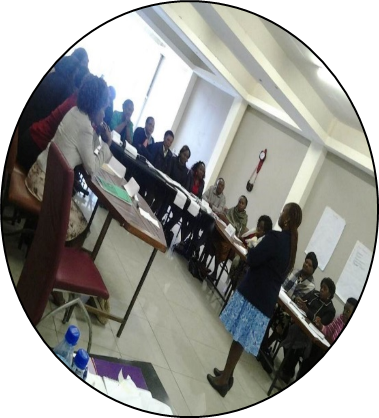 The school has been identified as one of the settings where children are exposed to violence.

In 2014/15, LVCT Health and SOWED Kenya carried out a formative study and cross sectional survey in four primary schools seeking to explore the extent of risk and protective factors for child abuse in Kajiado primary schools and the roles of parents and teachers in prevention. Both studies revealed the occurrence of various forms of abuse perpetrated by teachers, pupils and parents.  The common forms of abuse identified included: use of harsh punishment, bullying, sexual, and emotional abuse.

Findings generated from these studies informed the development of an intervention with the aim of preventing child abuse in two primary schools by involving parents, teachers and pupils in a series of workshops.

The aim of the intervention was to promote: gender equitable norms; healthy communication between pupils, their parents and teachers; positive discipline approaches; and prevention of various forms of abuse. The intervention was piloted in 2015 in Kajiado County, Kenya.

Multiple approaches were used to develop and pilot the intervention, namely:

(i) A desk review of promising primary prevention interventions that had been tested in Africa targeting children was undertaken, namely the Good School Toolkit and Skhokho from Uganda and South Africa;

(ii) Consultative discussions with SVRI and Raising Voices to determine aspects of their  child abuse prevention  intervention programs which could be adapted for the Kenyan context;

(iii) A pre and post-test survey to test the adapted intervention; and 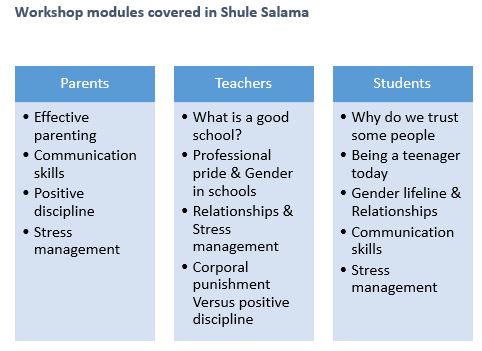 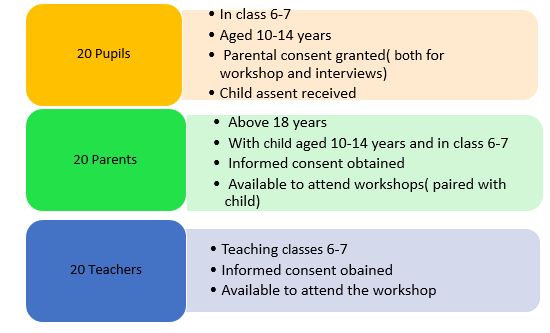 The sample size was informed by the limited time within which the project was to be undertaken and financing constraints. Both qualitative and quantitative data collection methods were used, and data was analysed using SPSS Ver 22 and NVIVO 10.