We are for Change - Future Change-Makers in Papua New Guinea

Equal Playing Field (EPF) is a local non-profit organisation in Papua New Guinea founded in 2012 by Adam Everill and Jacqueline Joseph. First established under the name Rugby League Against Violence, the name was changed to Equal Playing Field in 2015 to demonstrate EPF’s drive as a human and community development organisation with a focus on Child Protection, community development, health and Violence Against Women (VAW) and other challenges identified by the communities we work with.

EPF’s flagship program, Equal Playing Field For Schools (EPF4S), is an eight-week respectful relationship education program that aims to prevent violence against women, by promoting gender equality and changing attitudes and behaviours in young people, that enable violence against women to occur.

Equal Playing Field’s School Action Group (SAG) - the phase two of EPF4S - is introduced into the schools after the EPF4S program concludes. The over-all goal of the SAG program is to skill and equip budding leaders who will no doubt become leaders of tomorrow and ensure that safe homes, happy families, and strong communities is achieved for every Papua New Guinean. The action group engages students in leadership and advocacy work within their schools on topical issues relating to healthy relationships and gender equality.

It is estimated that 70% of women in PNG have experienced gender-based violence. A 2019 report, “Unseen and Unsafe” found that 2.8 million children in PNG had experienced violent “discipline” at home.

We Are For Change

School Action Groups are a club of like-minded students, ready to affect change in their schools and communities. As the motto states – We Are for Change. SAG members are recruited annually, usually 7th grade students. Former members move on to the 8th grade. Members are either recommended by their teachers or volunteer to be a part of the action group. Each group of SAG members bring their own brand of advocacy which shapes how they create and conduct awareness activities in their schools. Awareness activities include, but is not limited to the following:

To date, a total of 181 students (82 male & 99 female from different schools around NCD) have been involved in the school action groups; conducting whole school activities for their schools. 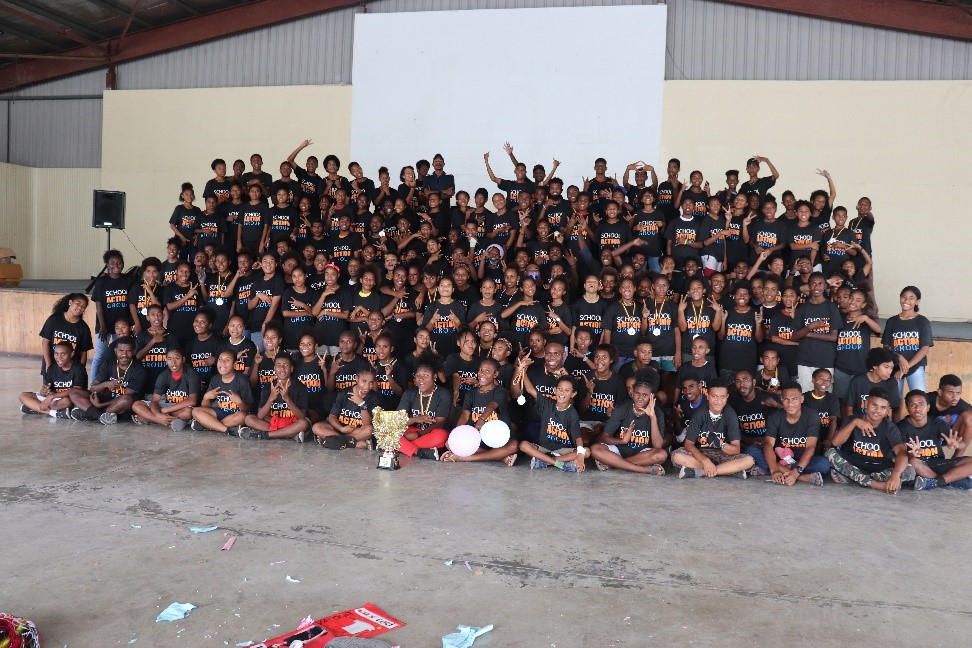 [Photo: Current batch of SAG members from 17 schools around NCD]

As the saying goes, the proof is in the pudding. Since the inception of the program, we have witnessed change in students’ behaviors and in their mannerism. SAG students lead but are also respectful enough to follow; they take space but also make/create space for others.

A former SAG student, when asked how her life has changed, stated that she is more empathetic to the needs and wants of others.

“I used to be loud and did everything my way. I never gave chance or cared how others felt. But after joining the SAG and going through the program, now I care how others feel. I am more respectful. For example, when I used to just take my mums phone without asking her first. My understanding back then was that ‘what’s hers, is mine’. But now I ask for her consent first because I respect her and property. I have more empathy.”

Other findings on the impact of our programme from the study funded by the SVRI and World Bank Group include: