When no one is looking: 3 years of healing in Democratic Republic of the Congo 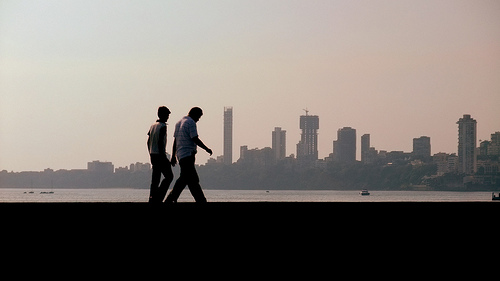 When Democratic Republic of the Congo (DRC) is in the headlines, conflict, war, and rape are often the focus. And, we should be paying attention: nearly a quarter of women in DRC have experienced conflict-related sexual violence, and nearly two-thirds have experienced violence from a male partner.

It’s hard to hear the statistics, but it’s essential to understand them. In 2012, we at Promundo, in collaboration with partners, set out to explore the root causes of sexual and gender-based violence (SGBV) and gender inequality amidst on-going conflict in eastern DRC.

Through our International Men and Gender Equality Survey (IMAGES), we found links between men’s exposure to trauma and violence (which nearly all Congolese individuals have experienced) and their use of violence against partners. We also found that men and women generally cope differently with traumatic experiences: men often reported coping with their frustration, vulnerability, and powerlessness (including financially, or in response to a partners’ rape) through alcohol use, sexual promiscuity, physical violence, or the rejection of their partners who have been raped.

The Living Peace initiative was designed to change this. As a psychosocial intervention, it aims to prevent further violence by deconstructing harmful ideas about what it means to be a man, and by helping men to adopt nonviolent coping strategies. Promundo developed and piloted it in 2013 with 324 men and their partners, with support from the World Bank LOGiCA fund.

In the years since, it has been implemented, expanded, and scaled up by local Congolese partners and with financial support from the Dutch Ministry of Foreign Affairs, to reach tens of thousands more individuals, additional communities, and even the police and military in eastern DRC.

Across the 15-week intervention, participants discuss how war and conflict have influenced the way they define “being a man”; explore their own pain and trauma; and learn how to cope with loss and anger. Rather than approaching these men as part of the problem, we encourage them to build trust with one another, and to discuss their own experiences in the pursuit of creating peace of mind and in their homes.

Immediately after the pilot intervention in 2013, we saw a significant reduction in men’s use of violence, alongside other promising outcomes. But we were left to wonder if these results would last. With the support of the Sexual Violence Research Initiative, we had a rare opportunity to find out.

We set out to conduct an impact evaluation of the pilot phase, three years later. A team of six local, independent researchers in DRC interviewed 40 former participants of the Living Peace pilot groups, their wives, and others (such as family members, friends, neighbors and key informants in the community). The Living Peace Institute in Goma implemented the study under the direction of two international researchers from Promundo.

What we found was important and sustained change. Approximately 10 families (out of 40) reported (mostly temporarily) falling back into old habits of alcohol abuse, leading to conflicts about money at home. However, the majority of men, women, and community and family members reported that the violence at home has stopped altogether; that the atmosphere in the house has become more pleasant; that men are more positively engaged in household tasks and child care; that women have become more involved in decision-making related to household investments; and that their families’ socio-economic situations have significantly improved as a result of men’s participation in the intervention. And data across various groups of informants showed similar positive responses, with relatives, neighbors, and others confirming the positive, reported changes.

In the context of conflict and war, and in a society in which men are generally accepted as having the final say over their wives and children, it is essential both to understand what led to such a drastic change over 15 weeks, and importantly, how it was sustained for three years.

In part, the long-term impact of these changes lies in the program’s cultural relevance. Congolese facilitators approached male participants with a framework of peace and harmony, rather than one of gender equality, typically perceived as being imported from western countries. This approach helped the men to embrace the groups and consequently to develop greater self-awareness: understanding how their own trauma and loss influences their behaviors, and defining alternative and more constructive ways to cope with problems and challenges.

The visible improvement of their families’ socio-economic statuses and psychosocial wellbeing is another factor. Due to Living Peace, most men stopped or reduced their alcohol use, which had the immediate benefits of increasing the family income, and producing an associated reduction of stress and violence at home.

Emmanuel, a former participant, says, “Since I stopped drinking we manage to save money and are emotionally and psychologically more stable.” Many women reported that since the intervention, their husbands had apologized for the violence they had used, and that they feel safer as a result.

Women now say that they talk and discuss with their husbands instead of fighting. Emmanuel’s wife Louise confirms, “Although it may happen that I provoke him, he remains calm, he cannot beat me anymore as the nine years he had done… If there is crisis I am not afraid anymore.”

The wives of the participants also now feel more empowered to refuse sex with their partners when they aren’t in the mood, without fear of forced sex or violence as it was before. Additionally, all women who disclosed having been raped revealed that their husbands had begun to fully accept them, as well as their children born out of this rape.

These changes that men are making have radiated positive effects for women and children as well, who report more harmony and peace at home, as well as better physical health. Other community member and relatives have also begun to adopt these new, nonviolent and collaborative behaviors after witnessing their positive impacts. Many men said that these factors, as well as other social rewards, such as being more well-respected and less isolated in their communities, have motivated them not to fall back into old bad habits.

Perhaps the single strongest factor that led to sustained behavior change: that men themselves perceived immediate and lasting rewards for making these changes. These men, like Diogène, a soldier and former participant in Goma, feel proud of their new roles as responsible husbands and fathers and respected community members. He says, “Since my change, for the first time I felt proud, because I saw myself as a model for my family and my neighborhood.”

The findings are promising and suggest that the Living Peace methodology, with a focus on men’s psychosocial wellbeing, leads to prevention of intimate partner violence and contributes to higher support of gender equality. Learn more about Living Peace here