Who perpetrates violence against children? Five findings from a global review 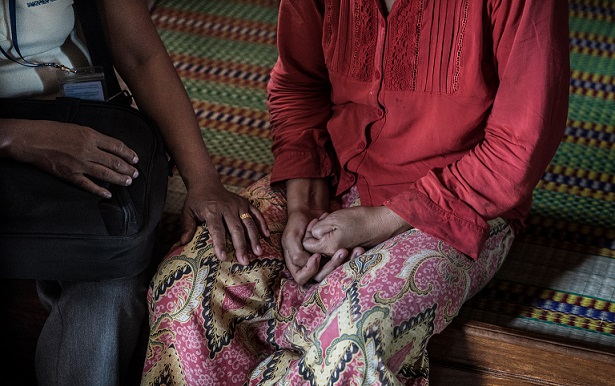 [Photo: UNICEF/UN077245/Fox; A social worker talking to a mother in Cambodia]

This was first published by UNICEF Connect. Permission to publish on the SVRI Blog was given by the authors.

Today, global leaders gather in Stockholm, Sweden for the first ever Agenda 2030 Solutions Summit to end violence against children. The summit brings together governments, UN, civil society, academics and children themselves to share solutions to “prevent and respond to violence against boys and girls.” Underlying this meeting is a growing awareness and recognition that violence is pervasive and that levels represent gross human rights violations.

The occasion raises the question – How much do we actually know about the global levels of violence against children?

Up until now, our best estimates come from a 2016 systematic review which summarizes data from 36 reports including 112 studies over 96 countries. The review concludes that globally over half of children aged 2-17 have experienced violence and that minimum estimates suggest past-year physical, sexual or emotional violence against children of 50% or more of children in Asia, Africa, and Northern America. While these statistics are alarming, and a crucial step in measuring the magnitude of the problem, they leave many critical questions unanswered. For example, at what age are children most at risk? Should we be targeting girls or boys or both – and who is perpetrating this violence?

for the first time, we understand how children may be at more or less risk across their life course, according to their sex and in different settings. The implications for prevention are huge

A new study published in BMJ Pediatrics gets us one step closer to understanding what we are up against. Led by researchers at the London School of Hygiene and Tropical Medicine, with UNICEF collaborators (among others), we conducted a meta-analysis and systematic review – disaggregating measures by perpetrator, age and sex of children. This means, for the first time, we understand how children may be at more or less risk across their life course, according to their sex and in different settings. The implications for prevention are huge.

How did researchers develop these estimates? In total, 643 studies from 171 countries, containing 13,830 separate age-specific and sex-specific past-year prevalence estimates were included in the analysis. Only studies of sufficient scale to be representative were included, focusing on international datasets collected across many countries. In addition, estimates were separated by type of violence for all children 0-19 years. To make prevalence estimates across studies comparable, researchers ran random effects meta-regressions. This means estimates were adjusted for the quality of the data, variation in definitions of violence and made to represent country population structures through use of weights (by region-specific, age-specific and sex-specific population data).

Although impossible to summarize all results here, a few key findings stand out: 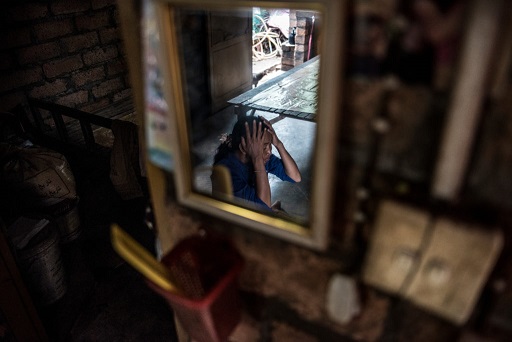 [UNICEF/UN077245/FoxA; woman who’s family has been affected by violence holds her head as she talks to Social Worker in her home in Kandal province of Cambodia. Overall, the South-East Asia Region had very few estimates of violence that met inclusion criteria for the global review, compared with other regions.]

Taken together, the findings demonstrate that violence against children is pervasive. It also demonstrates that children of all ages and both boys and girls are at risk for experience of violence in multiple settings (including in the home). This reality means that multi-sectoral, evidence-based programs which address underlying vulnerabilities or which address multiple spheres of children’s lives are urgently needed.

The findings also shine a light on the many data gaps. These are not only apparent across typologies of violence, but also in regional distribution. Overall, Europe had substantially more data which met inclusion criteria, and the South-East Asia Region had very few estimates, compared with other regions. Investment is needed to close these data gaps, and to provide sufficient baselines to comparably monitoring progress towards the Sustainable Development Goals. Further, methodological questions remain regarding variation in prevalence obtained from different reporting sources. There is a pressing need to understand optimal methods for soliciting violence experience in the most ethical and safe way possible to protect children from further harm. Without these investments, it will be impossible to monitor if and how violence is reduced across regions and groups equitably towards a world free from childhood violence.

Karen Devries is with the Child Protection Research Group and the Gender Violence and Health Centre at the London School of Hygiene and Tropical Medicine; Claudia Cappa (Data and Analytics Section) and Amber Peterman (Innocenti) are in the Division of Data, Research and Policy (DRP) at UNICEF. The full list of authors and acknowledgement associated with the article are available online via the open access version of “Who perpetrates violence against children? A systematic analysis of age-specific and sex-specific data” in BMJ Pediatrics.