Women’s resistance to sexual assault in the time of #MeToo: Why it is important for female university students in Swaziland 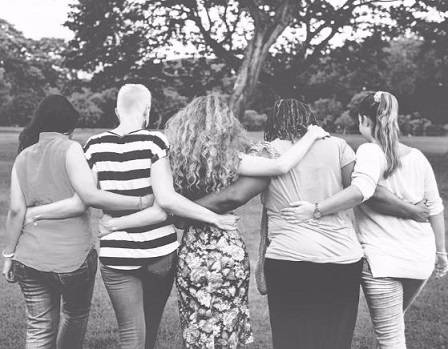 This year’s 16 Days of Activism against Gender-Based Violence campaign comes in the midst of a necessary global reckoning with sexual harassment and assault. The quiet, protective conversations between women, the sotto voice about who and where is safe, and who is not, have begun to happen out loud. And the constant internal doubting which many women experience over whether or not a particular incident was bad enough to “count,” to name, or to fight…these doubts have begun to fade as more and more women come forward with their own experiences of harassment.

This #MeToo movement is powerful. It suggests that perhaps a tide is beginning to turn in how we think about gender-based violence. Powerful men are being held accountable for their actions – something all too rare – and a new idea is slowly crystallizing in the global discourse: That while only men can (and should!) prevent themselves from committing assault, women’s collective resistance against the attitudes and behaviors that put us at risk may be more powerful than we knew.

Our team is working to harness the power of this movement for female university students in sub-Saharan Africa. While we know that approximately 1 in 5 female university students experiences sexual assault in North America, there is currently no data on the scope of the problem in the Global South. This is a significant gap in our knowledge: education is one of the most important tools we have in the fight for women’s social and economic equity, and experiencing sexual assault can derail a young woman’s university career. In a region where women are already far less likely to enroll in higher education than men, every drop of talent lost from the leaky educational pipeline matters. 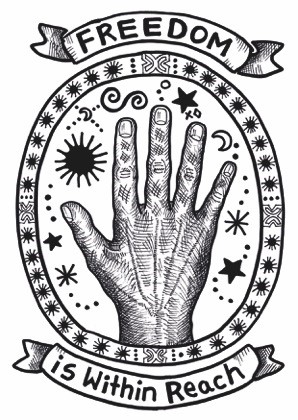 [“Freedom is within reach,” by Aleta Armstrong]

Knowing the scope of the problem is only the first step – the next is working to end it. We believe that one of the most powerful ways we can do this is through collective resistance. The intervention we will be piloting in Swaziland is an adaptation of the Enhanced Assess, Acknowledge, Act intervention (EAAA), which has been found to reduce completed sexual assault by 50% among university women in Canada. It is designed to help young women collectively recognize the gendered social norms that put all women at risk of experiencing sexual assault, and to build their confidence resisting men who mean them harm.

All too often, abusers count on their victim’s silence. And all too often women are taught to discount the voice inside of them that cautions when something doesn’t feel quite right. We are taught to mistrust ourselves, to avoid making a scene at all costs, to value the feelings of a potential abuser over our own safety. The intervention we will be piloting with university women in Swaziland is designed to help young women unlearn these harmful teachings and to replace them with physical and emotional tools they can use to protect themselves from predatory men. Over 4 three-hour sessions, young women will learn to recognize social scripts that put them at risk of sexual assault, become comfortable trusting their own inner voice when it tells them a situation is unsafe – especially when the man in question is an acquaintance, friend, or romantic partner – and to physically defend themselves when they do find themselves in a situation with a potential assailant. They also spend a session discussing healthy relationships and sexual pleasure. The latter is all too often missing from the global discourse on women’s empowerment, but we believe – and the data supports us[1] – that if a woman knows what she wants to say “yes” to, it is also much easier to recognize what she does not want and to say “no.”

Resistance is not a panacea. Workshops aimed at individuals – no matter how cathartic or efficacious – can only do so much. We all still live in a culture in which men have disproportionate amounts of power over women’s lives, careers, and bodies. It will take all of us working together at every level of the social ecology to begin to change this pattern. But it is work worth doing, and we are looking forward to doing our part in partnership with the rest of the World Bank and SVRI team.