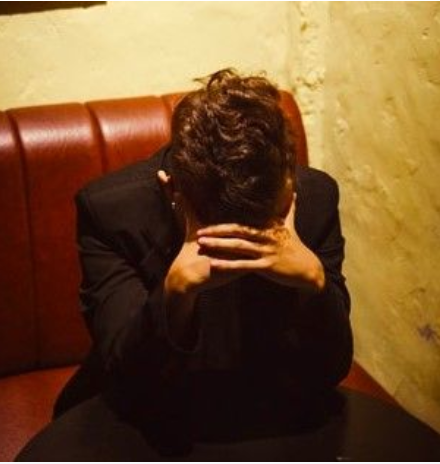 Feeling dominated, humiliated & isolated at work? Could it be coercive control?

Is your supervisor making your job a nightmare? If so, you may be suffering from workplace coercive control, an abusive strategy targeted at a specific person that limits that person’s autonomy, sense of well being, and ability to succeed at work. In this piece, the authors discuss ways supervisors use coercive control against subordinates in a range of settings. They examine the following: Isolating and Undermining, Humiliating, Gaslighting, and Sexual Harassment.

In a couple, abusers isolate their partners by restricting their activities and separating them from family and friends, which makes the partner feel weak and dependent on the abuser. In the workplace, an abusive boss might isolate a targeted employee by failing to introduce that person to important colleagues, managers, or clients, and keeping the target “out of the loop” by neglecting to include them in key meetings, emails,  conference calls, or social events. Abusers also isolate targets by mocking them or making them seem “toxic” to their peers.

This imposed isolation is upsetting and also impedes the targets' ability to perform their work. Blocked from important collaborations while clocking long hours on the job, a person who is isolated at work can feel totally alone. Lilly said, “Home to work, work to home. I talked to no one and no one talked to me. I thought I was going to die. No, actually, I felt like I was dead already.” Below are two examples of isolation as a tactic of workplace coercive control. These examples, like the others in this piece, are adapted from situations we have encountered in our combined decades of work as activists, psychotherapists, trainers and consultants in gender-based violence.

Clarence traced Rose’s movements through security cameras in the complex that she cleaned. He grew angry when he saw her speaking to her male coworkers. He claimed that her clothing was too revealing. This monitoring made Rose feel anxious and caused her to keep to herself. Rose's coworkers shunned her, suspecting that something “was going on” between Rose and the boss.

For no reason that he could understand, Michael’s boss, Carol, seemed to “have it in” for him. She shut him out of interesting assignments and withheld information that he needed to do his job. She “forgot” to invite him to important meetings, and caused him to miss the annual holiday party by sending him out of town at the last minute. She placed him in an office far from his colleagues in the same unit. She obligated him to copy her on all emails that he sent but failed to include him on important email exchanges. Michael became physically ill from the stress.

In a couple, abusers often systematically degrade their partners, making them lose confidence and self-esteem. This can take the form of criticism, humiliation, and mocking. Workplace coercive controllers use similar tactics to achieve the same goals. 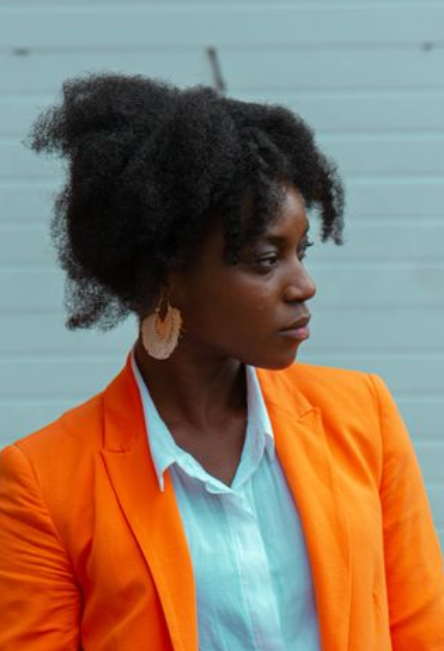 Samantha felt like she could do nothing right in her office. When she spoke up at meetings, her program director, Leslie, would roll her eyes and exchange meaningful looks with others, as if to say, “Can you believe that?” Leslie criticized her clothing, the way she decorated her cubicle, the phrasing on her emails, and even her tone of voice on the phone. Leslie frequently gave her vague and unhelpful comments, such as, “You need to grow up” and “Try to stop making everyone hate you.”  Over time, Samantha got the feeling that her office mates avoided her, because of the boss’s disdain.

Some abusers weaken their partners by trying to make them doubt their own memory, perception, or sanity. In the workplace, abusers set up situations where their targets are inappropriately blamed for problems and where others may doubt the target’s stability, reliability, work ethic, or integrity. The abuser gains power and influence by weakening the target. For instance:

Jane smiled and said "Hello" to her colleague, Elisa, when others were present. If no one else was around, Jane walked past her as if she did not exist. Jane often caucused with colleagues before meetings, effectively leaving Elisa out of the decision-making process. At meetings they attended jointly, Jane rejected Elisa’s suggestions, talked over her, and exchanged looks with coworkers, at Elisa’s expense. If Elisa tried to explain to others what was going on,  they looked at her as if she was crazy. Elisa subsequently avoided meetings that Jane ran, which isolated her and made her look like she was not a team player. Eventually, Jane got a group of colleagues to report Elisa to the administration for being “difficult.”

In a couple, sexual coercion and degradation usually take the form of “sex on demand,” with abusers pushing their partners to engage in acts that they do not want or deliberately humiliating or causing them pain during sex. This sexual domination is another way for abusers to assert power over their partners. In the work environment, sexual harassment serves as a similar weapon of control and domination. Two relevant forms of sexual harassment here are Unwanted Sexual Attention and Workplace Sexual Coercion.

Unwanted Sexual Attention involves sexualized verbal statements or physical actions that are unwanted and unreciprocated by the target. For example:

Susan said that her boss commented incessantly on the appearance of the younger women employees, praising their hair, jewelry, or clothing, in ways that made them uncomfortable and communicated that he was viewing them as sexual objects. He would make a big show of being “chivalrous,” opening doors for women employees and touching them on their shoulders or the small of their backs. He also insisted on eating lunch in his private office with certain women employees, one at a time, where he would ask questions about their personal lives. He owned the company; they felt they could not refuse. At a certain point he homed in on her especially, and she felt stalked, humiliated, and terrorized by his sexual attention.

Workplace Sexual Coercion is unwanted sexual attention combined with job-related pressures to force compliance. These pressures may include bribes and threats, such as offering or implying a promotion in exchange for sexual favors, or threatening termination or inferior job duties if sexual demands are not met.

Sandra worked for a computer repair company. Her new manager, Oscar, tried to pressure her into a sexual relationship. When she refused, he moved her away from the front desk, a job where she interacted with customers and her bilingual skills were put to good use, to a back office where she handled paperwork all day every day. She missed the interactions with customers. When she asked to be restored to the front, he let her know that sex was required.

Melinda began dating her supervisor, James, whom she initially found charming. James varied Melinda’s responsibilities depending on how he felt about their relationship. He assigned her interesting and high profile work if he was happy with her, and tedious tasks that were below her station if she was not “being a good girl.” Whenever she mentioned wanting to end their relationship, he threatened to terminate her.

We have compiled the list below to help readers who believe they are victims of workplace coercive control:

Document Everything: Keep a detailed list of troublesome events with names and dates. This can help you sort out what is going on, defend yourself against false accusations, and pursue legal action if you decide to do so at some point. Do not store your only copy of this on a workplace computer—if you are separated from your workplace suddenly at some point, you will lose access to it.

Save Evidence: If you have received problematic notes, emails, or voice messages, keep a copy of these (check with your workplace policy first).

Seek Help: Speak to family and friends who you trust about what is happening. Do not allow yourself to become isolated. Be careful who you confide in at work because this could be used against you.

Consider Human Resources: Human resource departments are tasked with keeping employees safe and free from workplace bullying and harassment; perhaps they can help you. Be aware that speaking with someone from Human Resources might start a chain of actions that you cannot control. Find out the company policy and procedures before you take action. 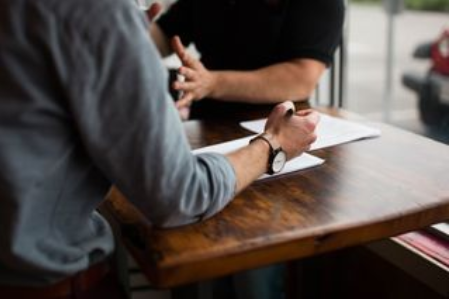 Build Allies at Work: Is there someone at work who you consider a friend or who you think could be an ally? Reach out. Invite them to coffee or for a walk during your break. Just knowing someone at work likes you—even if that person is in another department—can make your workplace more bearable. You will value this solidarity even if you decide not to share your specific concerns.

Build a Life Outside Work: When problems emerge at work, it can be tempting to redouble your energy and time at the workplace. However, this strategy will isolate you from supportive friends and family just when you need them most. Try to maintain contacts and activities away from the abuser; these reinforcing relationships will keep you resilient and prevent you from losing your self-esteem.

Talk to an Employment Lawyer or Your Area’s Human Rights Commission: Depending on where you live, you may have grounds for a lawsuit, especially if you can prove that the behaviors were directed at you because you are a member of a “protected class” (such as based on your gender, race, religion, national origin, sexual orientation, etc.). Laws and their enforcement vary depending on where you live.

The concept of Workplace Coercive Control helps connect the dots between tactics that one person uses to control another at work but that may initially seem to be unrelated. No boss should isolate, humiliate, gaslight, or sexually harass a subordinate. However, these behaviors and others such as manipulating, lying, stalking and economically abusing a subordinate do not constitute Workplace Coercive Control unless they are targeted at a specific individual, include a range of tactics, and interfere with the target’s autonomy, well-being, and success. The domination in coercive control is extreme and all-encompassing. The difference between a bad workplace or a “bad boss” and one who uses coercive control is the level of domination and fear instilled in the target.

Thank you for this. It is hard for others outside of the workplace to understand how damaging this is. The assumption is that you as the victim must be in a relationship with the abuser in the workplace because of the impact, but that wasn't the case for me and it still had a trememndous impact on me. This is one of the few pieces I have come across that validates my experience.