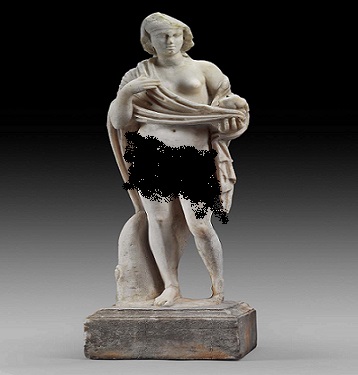 The Rome Statute of the International Criminal Court adheres to sex dualism. As a result, it denies legal protection to intersex victims of gender-based violence.

The adoption of the Rome Statute of the International Criminal Court (ICC) in 1998 was momentous for historically neglected victims of gender-based violence (GBV). It was the first international treaty to codify numerous gender-related offences, including those of a sexual nature. Its Article 7(g) enlists rape, sexual slavery, enforced prostitution, forced pregnancy, enforced sterilisation, and other comparable sexual violence as crimes against humanity. Article 8(2)(b)(xxii) and Article 8(2)(e)(vi) recognise the same acts as war crimes. In addition, Article 7(2)(g) proscribes persecution on account of gender.

The ICC’s responsibility to prosecute GBV crimes was further reinforced by incorporating gender elements into the Statute’s procedural architecture. Article 21(3) obliges the Court to apply law without any adverse distinction founded on gender. The latter has also to be taken into account to protect victims and witnesses, pursuant to Article 68(1).

Intuitively, engagement with the concept of gender is required to comprehend gender-specific provisions. Article 7(3) provides the following definition:

For the purpose of this Statute, it is understood that the term ‘gender’ refers to the two sexes, male and female, within the context of society. The term ‘gender’ does not indicate any meaning different from the above.

Much commentary has been to this vexed provision. The debate has revolved around the tension between the deterministic (‘the two sexes’) and sociological (‘within the context of society’) dimensions of the definition of ‘gender’. With questions of sexual orientation and gender identity at stake, a status of lesbian, gay, bisexual and transgender (LGBT) persons has been in focus. Yet little consideration received the biological part of the provision. Insistent upon a binary sex classification, this definition is overtly exclusive of intersex individuals.

Formerly known as hermaphrodites, intersex people are neither entirely male nor female. Their anatomy reveals the incongruence of sex characteristics — chromosomal, hormonal, gonadal or genital — that can result into any of approximately twenty intersex conditions.

Not all intersex conditions complicate sex determination. By way of example, men with Klinefelter syndrome possess XXY chromosomes instead of the typical XY sex chromosomes, or male chromosomes. Affected men may have smaller testes, decreased body and facial hair, and enlarged breast tissue. Most often, however, men are not even aware of the syndrome as no obvious symptoms are present.

Other conditions are more troubling and deserve adequate legal acknowledgment. For instance, infants with complete androgen insensitivity syndrome are born with XY sex chromosomes, or male chromosomes, but possess female external genitalia. Categorised as females accordingly, they nevertheless fail to menstruate at puberty and remain infertile. Similarly, genetic males with 5-alpha-reductase deficiency have XY sex chromosomes and female external genitalia, and are usually raised as girls. During puberty, however, their physical appearance starts to display male characteristics, including increased muscle mass, deeper voice, and development of penis. Around half of these individuals eventually migrate to male gender role.

Whilst drafting Article 7(3), certain parties — Arab states and Holy See in particular — were resolute in cementing the duality of sexes. Valerie Oosterveld, a Canadian delegate to the Rome Statute negotiations, recalls that those states ‘‘wanted ‘gender’ to be tethered as closely as possible to biological sex because they felt this would help to ‘instantiate heteronormativity’’. To prevent derogation from the provision, the second sentence was added, which stipulates that ‘gender’ does not have any than the agreed meaning.

Although the phrase ‘within the context of society’ may have broadened the concept of gender to cover LGBT persons, it does not do so for intersex individuals. Indeed, the phrase is intended to encapsulate sociocultural assumptions attached to gender, including gender roles and inequalities, as well as sexual orientation. Consideration of social factors enables the ICC to analyse GBV as a complex and multifaceted phenomenon.

The ICC is yet to provide a holistic interpretation of Article 7(3). Specifically, the Court has to clarify its stance on LGBT persons. Nevertheless, one should be mindful that sex dualism is foundational to the definition of ‘gender’; a sociological component is supplementary. As intersex people fail to satisfy the foremost criterion of Article 7(3) — to be either male or female — they appear as the only group entirely denied legal protection on the matter in hand.

Exclusion of intersex subjects is shown through a comparison with transgender people, regardless the two often being subsumed. Transgender people encompass transvestites, drag queens or kings, gender-variant individuals, and transsexuals; still, their biological makeup does not by default bar them from statutory rights. Typically, the sex assigned to transgender individuals matches that of male or female, but it is not concurrent with their gender identity. The recognition of self-identification is consequently contingent upon the ICC’s interpretation of a social context within Article 7(3). Endorsed in an open manner, Article 7(3) could certainly accommodate transgender people.

It is a mere irony that those opposing the term ‘gender’ in the Rome Statute in defence of a natural order were the latter’s fiercest antagonists. Consciously or not, the Arab parties and Holy See concealed a range of biological traits that did not allow to place someone within a discrete category of male or female. Having reproduced an inaccurate two-sex model, the Rome Statute and Article 7(3) therein is nothing but a testament of social engineering.