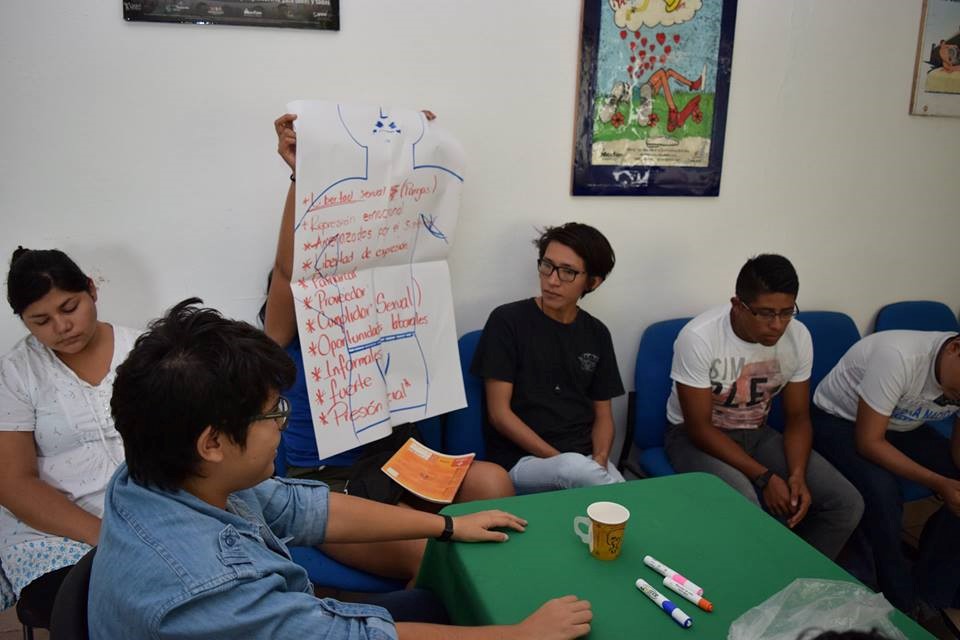 One of the developmental milestones most adolescents and young people face is establishing emotional ties among peers and partners. During this stage of life, the establishment of emotional relationships is influenced by many factors that have to do with the individual, family, and socio-cultural characteristics of young people.

Some of them are directly associated with the prediction that those relationships may be driven by patterns of violence or equality. In this blog we will tackle one of them: gender norms.

Gender norms are the social and cultural agreements that dictate what is expected from a person’s behavior and expression of identity based on their sex, that is, whether they are men or women. From a traditional yet still common perspective, gender norms imply a binary understanding of gender; you are either a woman or a man, and each of those identity categories have attributes and qualities that are mutually exclusive. This is how socialization in traditional gender roles legitimizes masculinity as an expression of power in which men are expected to dominate public spaces, decision-making, and resource management and establish hierarchical relationships, while women are expected to stay in the domestic sphere⁠—i.e. the private space⁠—in a caregiving role and establish relationships based on being docile, submissive, and obedient. Therefore, to continue with these traditional roles means to perpetuate gender-based violence.

Generally, people grow up in families, communities, and legal and cultural contexts in which institutions, such as the education system, reinforce and legitimize this binary understanding of gender. Thus, children are socialized to behave and develop in ways that meet social expectations of what it means to be a man or a woman. This socialization process is, of course, complex, since there are many influencing variables. Beyond the actions of individuals or couples, there is a deeply patriarchal and sexist society whose regulations, rules, and inequalities have been converted into laws, public policies, and social institutions that limit the chance a young person has to resist the influence of gender norms.

As stated in the quote, among the consequences of these harmful gender norms is their influence on the development of intimate relationships between young people, either based on patterns of violence or equality. The scientific studies that try to understand the best way to prevent violence in intimate relationships among young people have identified that the adherence to gender roles (i.e. behavior that adheres to society’s traditional stereotypes regarding what it is to be a man or a woman) is a significant predictor of patterns of partner violence and victimization. In this regard, we know, for example, that behaviors of acceptance of violence against women are higher among people who adhere to traditional gender norms to a greater degree. Therefore, men who strongly adhere to the traditional male role often justify control over their partners as a way to protect or take care of them. Similarly, women who state they comply with concepts that adhere to traditional femininity will tend to act in accordance with gender norms, which in this case includes submissiveness, caregiving roles, emotional responsibility of others, etc.

Harmful gender norms reinforce the binary. They understand sexuality and emotions as two extremes that are exclusive and unequal in terms of power, where diversity and the nuances of people’s identities are reduced to the male and female dichotomy. Hence, harmful gender norms restrict the right to free gender identity, as well as promote heterosexuality as the only way to build erotic-emotional ties, leaving out and punishing other expressions of affection and sexuality that are not between men and women. Another young participant of the CSE sessions offered by MEXFAM for the prevention of intimate partner violence shared his experience after participating in the course:

This 15-year-old expresses how the CSE course aimed at preventing violence ended up transforming gender norms, reducing discrimination on the basis of sexual orientation as people internalized the idea of an equal relationship between everyone based on trust and empathy, which promote equality, well-being, satisfaction, and security.

To conclude, according to the empirical findings of the study on which this blog is based, discussing and reflecting on gender norms is a determining factor in promoting equal relationships between adolescents and young people. CSE is a potentially effective strategy to achieve this, as long as its objectives are promoted in an environment of trust and respect between young people and course facilitators that allows sharing experiences and opinions on violence, relationships, and gender.

Help us prevent violence among adolescents and young people through the CSE.
For more information about the investigation, contact Mariana Cruz Murueta at: mcruz@ippfwhr.org / Ivon Silva Marquez at: isilva@mexfam.org.mx

Also follow us on our social media! @IPPF_WHR and @MexfamAC

The information offered in this blog comes from the findings of an investigation that was conducted with young people from Mexico City about Comprehensive Sexuality Education as a tool to prevent violence among adolescents between the ages of 14 and 17. The full findings of the study can be found here.