Examining violence against women and the intersecting HIV epidemic in Brazil 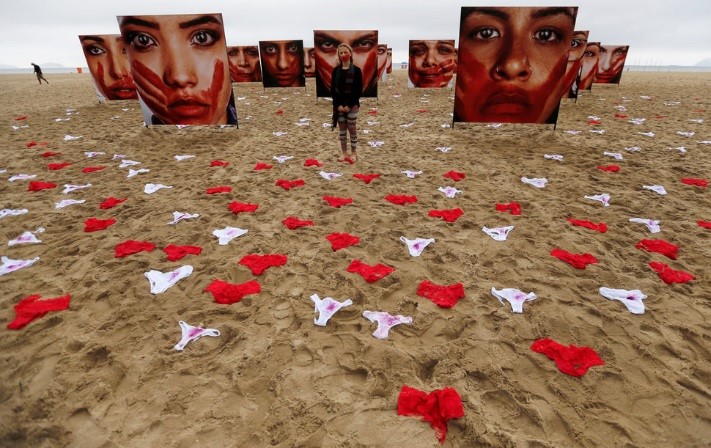 Violence against women is a worldwide epidemic, with one in three women experiencing physical or sexual violence in their lifetime. The United Nations states that “violence against women and girls is one of the most widespread, persistent, and devastating human rights violations in our world today”.

Brazil is the fifth most violent country in the world for women, where every 15 seconds a woman experiences violence and every 2 hours a woman is killed by a man. According to a 2017 survey, 29% of Brazilian women report suffering verbal, physical or psychological violence in the past year and 52% of women did nothing about the violence. Although violence against women is a critical public health problem in Brazil, less is known about the life course timing of violence, who perpetrates violence against women, and the types of violence women endure. Understanding the violence profiles experienced by women would inform more targeted violence screening initiatives and tailored care services.

Violence against women is associated with a two- to eight-fold increased risk for HIV infection. Less work has aimed to examine the violence profiles of women who are infected with HIV.

Brazil has the greatest number of people infected with HIV (n=830,000) in Latin America and the Caribbean. Despite Brazil’s socialized healthcare system that provides free HIV care and antiretroviral medication, there are persistent regional disparities in HIV. Specifically, the southeastern and southern regions of Brazil have the highest HIV prevalence, respectively accounting for 56% and 20% of all people infected with HIV since 2013 (Figure 1). 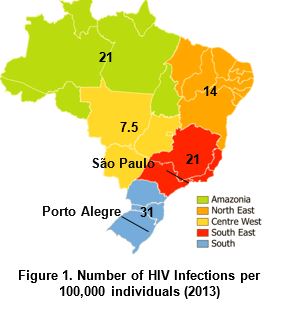 Our study investigated the frequency, life course timing, and perpetrator of two types of violence, defined as:

We used Latent Class Analysis, a methodological technique that uses a person-centered approach, to identify profiles of violence experienced by women. Using detailed information about the frequency, life course timing, and perpetrators of physical and sexual violence experienced by women in São Paulo and Porto Alegre, Brazil, HIV+ and HIV- women in each location were sorted into profiles, also known as latent classes.

VIOLENCE PROFILES AMONG WOMEN IN BRAZIL BY HIV STATUS 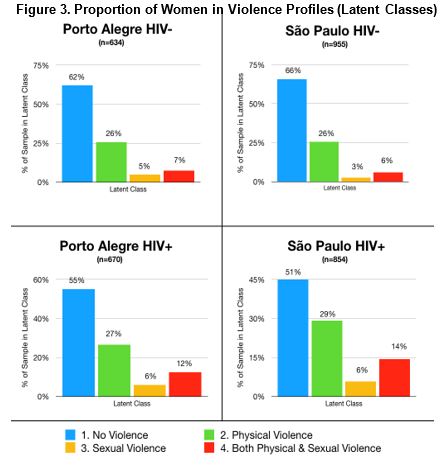 Our results revealed a critical disparity in the violence by HIV-status. In both regions, HIV+ women experienced more physical, sexual violence, and combined violence than HIV- women.

Specifically, through multi-component interventions, we can: