Innovative Research Has an Impact Against GBV 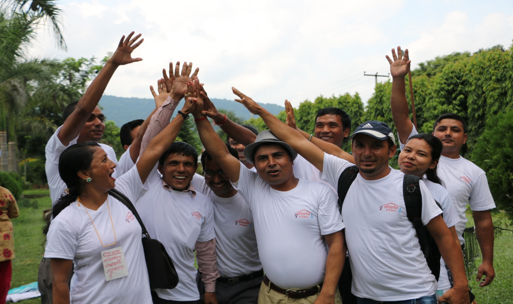 Violence against women and girls is a global pandemic affecting one-third of women. It takes many forms, including female infanticide, female genital mutilation, battering, rape, sexual abuse, harassment and intimidation, trafficking, and forced prostitution. It occurs in the home, on the streets, in schools, workplaces, farm fields, and refugee camps, during times of peace as well as in conflicts and crises.

To stem violence, it is crucial that countries and program implementers are informed by evidence on what works best. There needs to be a stronger, broader knowledge base about prevention and response that can inform investments, policy and practice.

Over three years, more than $3.4 million has been awarded by WBG and SVRI to 30 research projects in 25 low- and middle-income economies spread across all the Bank’s regions.

Countries have made progress passing laws that criminalize domestic violence. However, ensuring that women and girls can live without fear of violence requires not just legislative change but also improvements in service delivery, shifts in social norms, and reductions in risk factors.

In identifying winners among hundreds of applicants each year, we prioritize research that will make a scientific contribution to the field by building on what is already known and addressing a gap. We look for projects that will be methodologically innovative, expand capacity in low- and middle-income countries, and will further collaboration between academics, practitioners and policy-makers.

During this year’s 16 Days of Activism Against Gender-Based Violence, it is timely for us to acknowledge the impact of recent Development Marketplace winners. Examples include:

Development Marketplace: Innovations to Address Gender-Based Violence is one of very few global initiatives funding ground-breaking GBV research in low- and middle-income countries across the globe. But the ambition is to do more than just award money to the pioneering researchers.

Our approach also aims to enhance cross-sectoral cooperation. One recent winner told us, “this grant truly strengthened a collaborative partnership spanning US academics, Thailand academics, and Thailand-based practice partnerships. Each partner brings tremendous strength and a desire to learn from the others.”

The award-winning research also informs World Bank interventions. In Thailand, Egypt and Pakistan, winning researchers have presented their findings to the World Bank country teams; in Nepal the researchers are participating in WBG staff training; and in Papua New Guinea, the Bank has examined expanding a ground-breaking research program.

In addition, the award affords researchers a public profile that has helped them to connect with decision-makers and inform policies, as well as leverage additional funding. One team used the platform provided by the award to gain another $115,000, while another received an extra $2 million.

The SVRI and the World Bank also work to strengthen grantees’ capabilities by revising proposals and enhancing tools and methodology, and by bringing together all the winning teams for a week of learning, networking, and collaboration. Conversations between past and present award winners will continue at SVRI’s 6th global conference on violence against women, SVRI Forum 2019, in Cape Town in October 2019.

The award’s diversity makes for a rich exchange: our 11 winners this year include a team working with Papua New Guinea school children, researchers looking to reduce violence among newly married couples in Jordan, a group exploring how a ‘walking school bus’ can affect school-related violence in South Africa, and a team looking at using a phone app to reduce teenage dating violence in Honduras.

Our fourth cohort of winners will be announced at the Spring Meetings of the World Bank and IMF next April, recognizing new innovations that are needed to one day ensure a world in which girls and women can live free from violence. 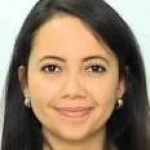 Diana J. Arango is the Sr. Gender-Based Violence and Development Specialist in the Gender Cross-Cutting Solutions Area at the World Bank Group. She has more than 10 years of experience working on development issues including gender-based violence, specifically within the context of humanitarian settings. Before joining the World Bank Group she was a Research Scientist at George Washington University's Global Women's Institute leading research on violence against women and girls in conflict settings. Prior to that she served as the Global Coordinator for the development and implementation of the Gender-Based Violence Information Management System (GBVIMS), an innovative inter-agency initiative that aids humanitarian workers in collecting timely data on GBV incidents that can then be used to inform programmatic work. She has an MSc from the London School of Economics in Anthropology and Development, and has on the ground experience in several countries, including Colombia, Haiti, Chad, Somalia, Uganda, and South Sudan.

Elizabeth Dartnall is Research Manager for the Sexual Violence Research Initiative. She is a health policy specialist with over 19 years of health research, public policy and project management experience. Liz currently manages the day to day activities of the SVRI. Previous experience includes working as a researcher at the Centre for Health Policy, University of the Witwatersrand; working in policy and research development for the Department of Health in Western Australia and the Department of Health in South Africa; and Senior Programme Manager for the African Medical and Research Foundation, South Africa.