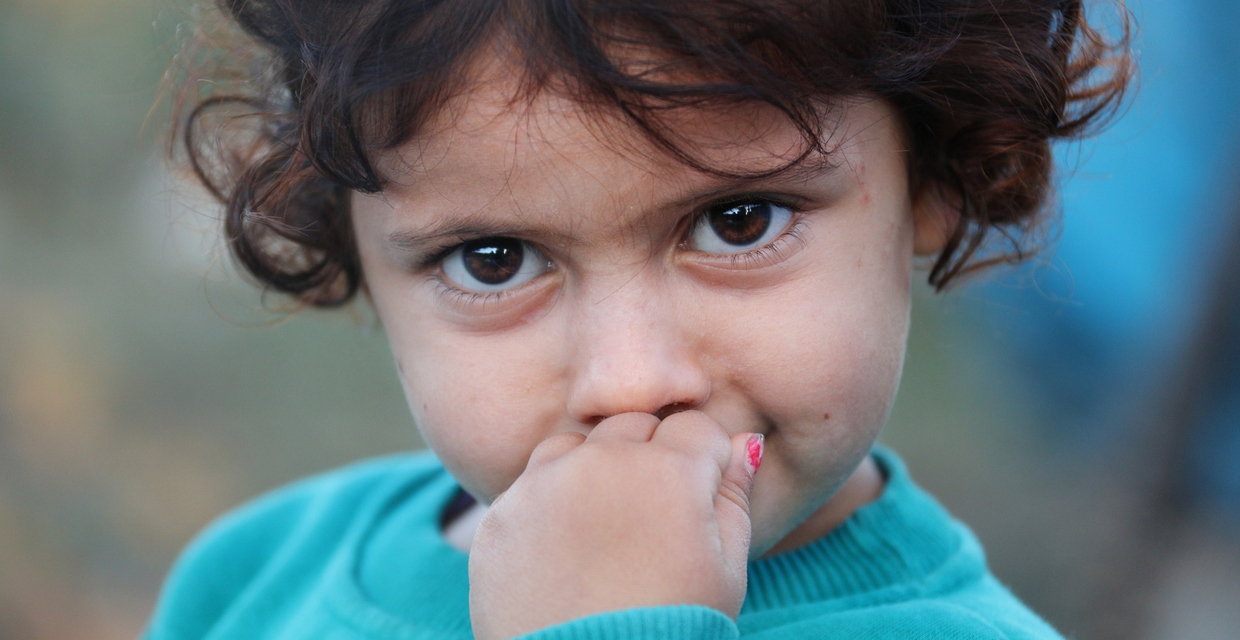 This was first published by domesticshelters.org. Permission to publish on the SVRI Blog was given by the author.

Children suffer when they witness conflict and violence, especially when it involves their parents. The stress of this exposure overwhelms their developing bodies and brains, contributing to a range of negative social, medical and mental health outcomes. In fact, “mother treated violently” is one of the ten original Adverse Childhood Experiences (ACES) known to impact children’s health and well-being into adulthood.

Children who are refugees or whose parents are refugees often endure multiple ACES, including the death or disappearance of close family members, traumatic dislocations, and disruption of their support systems. Facing culture shock, discrimination, poverty and racism compound their difficulties (Cronholm et al, 2015). Add exposure to parental violence into the mix, and they may be devastated. The more of these stressors children face, the more their development will be impacted, unless they receive exceptional support and intervention.

Because they often do not speak the language of their host country and may know few people beyond their community, refugee women who are victims of intimate partner violence (IPV) may not know where to turn. Their children suffer the consequences, alongside the abused moms.

Research shows that children do know about violence between their parents, even when parents think they are keeping it secret. Children may view an abusive incident or hear it from another room. Children often suffer the disturbing after-effects, such as witnessing a parent’s bruises or swollen eyes, seeing broken objects in the home, or suffering from the absence of one parent after a violent incident.

IPV consists of much more than physical assaults; it may include isolating, verbal abuse, stalking, manipulating a partner financially and sexual assault or coercion. Exposure to these coercive control tactics also harms children. A child who views his father dominating his mother and curtailing her freedom learns this way of interacting. In school, he may try to mimic the authoritarianism and heavy hand he has witnessed at home by fighting when he cannot get his way. In contrast, some children exposed to IPV become overly submissive and self-blaming, modeling themselves on their victimized mothers.

IPV also interferes with the parent/child bond. Overwhelmed by the abuse, victimized mothers sometimes withdraw from their children and become emotionally unavailable, or they may be irritable and respond harshly. Often, men who abuse women also abuse their children, sometimes as a means to control their wives. In all these ways, IPV damages the attachment between children and their caretakers, placing them at risk for a variety of behavior and relationship problems throughout their lives.

If we can help a mother live free from IPV, then we are protecting her children from the pernicious effects of that abuse. Sometimes abusers can learn to change; but most are unwilling or unable to do so unless they receive substantial pressure from their communities and the law, and participate in batterer intervention programs (BIPS). Anger management classes are not as effective as BIPs for someone who abuses his partner since control—rather than anger—is at the root of IPV (Klein, 2009).

Clergy within refugee communities are often ill equipped to handle domestic violence in families, and yet they are the first authorities many women consult when distressed. Often these clergy are exclusively men and they interpret religious texts in ways that either condemn or support domestic violence, depending on their own perspectives. If the clergy member does not know what to do or where to refer a victim for further support, he may urge a victim to be patient, thus encouraging her to remain in a situation that is dangerous for her and her children. We must help clergy and other refugee community leaders understand IPV and see how it not only harms women and their children, but also hurts the reputation of entire communities.

Build Trust with IPV victims: Many refugees have experienced discrimination by neighbors and hateful speech by politicians both in their original countries and in the U.S. Why should they trust us concerning intimate family matters such as IPV? We build trust with families over time by showing ourselves worthy: putting in the hours with them, and bringing them concrete help with practical matters such as housing, food, school supplies, etc.

Explain the Effects of IPV on Children: In many refugee cultures, community members, extended family, and religious leaders will all pressure a woman to maintain her marriage at all costs—even when she is being victimized by her husband. However, the idea of protecting her children may motivate her to accept the resources she needs to break free. When we speak with a woman about IPV, we must emphasize the risks for her children as well as for her. Children's school performance and physical and mental health all suffer in homes with IPV.

Provide Access to Resources: IPV victims are often unfamiliar with their rights and the services available in their new country, especially if these do not exist in their country of origin. Help them establish links with DV advocates, legal aid, women’s shelters, hotlines, knowledgeable and sympathetic clergy, and relevant websites.

Elena was determined to stay with her abusive husband for the sake of her family’s reputation. A concerned teacher called child protective services (CPS) about Elena’s daughter’s reports of her father’s abuse of her mother. When CPS understood the extent and frequency of the abuse against Elena, they asked her to kick her husband out of the home, which she felt unable to do. CPS then temporarily took custody of the children and ordered Elena to attend a series of classes on domestic violence as part of the plan to regain custody. The course helped Elena realize all the ways her children were affected by their exposure to her victimization. She engaged fully with child protective services, the police, and the domestic violence agency so she could live in safety with her children, without her husband.

After the father was removed from the home, the children spoke more freely about the ways in which he had also abused them. The father was obliged to participate in a batterer’s intervention group, but refused to do so and never returned to Elena’s home. He saw his children mostly at community events and on occasional supervised visits. Elena and her children also received family counseling, which helped them speak more openly with each other. The children’s school performance improved, and they all agreed they were better off without their father in the home. While the ending to Elena’s story is far from ideal, she and her children were able to achieve safety and freedom from abuse.

Professionals from outside a given community sometimes reflexively decide that the IPV is “cultural” and walk away from it, considering it unsolvable or beyond their purview. The tools that support all couples with IPV—including safety planning, counseling, economic empowerment, protective orders, batterer intervention groups and the arrest of perpetrators—should be considered for refugee couples, just like other couples. Certainly, we should not deny refugee victims access to these resources simply because we assume the violence is normative or acceptable in their culture. All women in the U.S. deserve the same protections from control and assault in their homes.

Important warning: The period in which a woman separates from a violent or controlling man is particularly risky for her, especially if he has access to a gun; if he has previously strangled, raped, or threatened her with a weapon; and if he has been controlling. For this reason, it is essential to find a domestic violence advocate near them for safety planning.

Children need affection, stability, and guidance, as much as healthy food, rest, and stimulation. But above all else, children need to be safe and protected. Eliminating their exposure to IPV is a step toward providing that safety.

In Part II, we examine how to work directly with refugee children impacted by IPV to boost their resilience and recovery.