Violence against women in Cameroon: An unchecked phenomenon 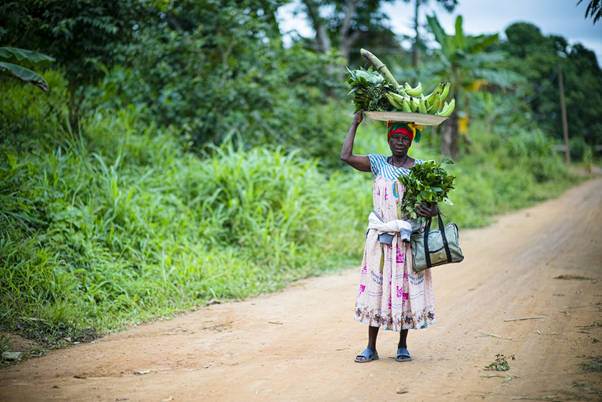 The Constitution of Cameroon affirms to women, a right to life, to physical and moral integrity and to humane treatment in all circumstances. Under no circumstances, this constitution states, “shall any person be subjected to torture, to cruel inhumane or degrading treatment”.[1]

Although such pronouncements seem progressive and benevolent on paper, this has not been the reality for women in Cameroon.

What are the causes?

Violence against women (VAW) in Cameroon has become more common, acceptable and has taken on more brutal forms.  Prior to the COVID-19 pandemic,[2] the escalation in VAW in Cameroon can be linked to growing trends of militarization and militarism, prevailing unequal gender relations[3] and economic upheaval. In the span of only three months (May-July 2020), there have been numerous reports and accounts in the media of women who have lost their lives at the hands of their intimate partners,[4] of armed forces and insurgents in the armed conflict (the Anglophone conflict[5]) within the borders of Cameroon[6].

While the narratives behind these reported atrocities focus on blaming the victims, viewing these crimes as crimes of passion or shifting the blame to either government armed forces or insurgents, these acts or crimes are representative of a bigger issue. These incidents require a profound contemplation on the relationship we as a Cameroonian society have with violence as well as the value placed on women’s lives. Violence has become so intrinsic to the fabric of the Cameroonian society and this is displayed through state violence, insurgent violence, terrorist violence, civilian on civilian violence and violence in the domestic realm just to mention a few. Considering these, women in Cameroon have been and continue to be vulnerable to violence in all its forms.

State indifference to high levels of violence against women coupled with social norms that undermine women and perpetuate gender inequality perpetuates VAW. As Christian Djoko, a Cameroonian lawyer and philosopher, notes “the Cameroonian society is not only ailing but is acutely ailing from crimes of domestic violence on the one hand and the denial of the root and systemic causes that account for this violence on the other hand”.[7] This denial of the structural roots and systemic causes of violence alongside unchallenged male privilege results in a microclimate of impunity. This microclimate of impunity feeds the vicious cycle of VAW and breeds aggressors all convinced that their actions are not only justified but will go unnoticed and unpunished in this male favoring system.

VAW is crippling the Cameroonian society and undermining the rights of women. While Cameroon seems to be suffering from different political, economic and social woes, must women’s lives and security wait for a national democratic consolidation before they are taken or treated seriously?

The Inter-agency GenCap advisor for Cameroon, Delphine Brun, posits that “43.2% of women in union faced domestic violence. 39.8% and 14.5% respectively faced emotional and sexual violence and in all, 56.4% of women in union were confronted with at least one of these forms of violence”.[8] According to the Global Database of Violence against Women issued by UN Women, in 2012, the statistics in Cameroon of reports of lifetime physical and/or sexual intimate partner violence stood at 51%.[9] In 2019, the statistics provided by Care and Plan International reported violence against women in Cameroon to an overall 56.4%.[10] There has been a steady increase in levels of VAW as seen from these statistics.

Combined with these statistics is the vicious damage done on women’s bodies that accompanies violence.  Worth taking note of in the recent killings of Larissa Azenta, Lizette and Comfort Tumassang is the barbaric ways their bodies were violated. These women had their bodies burnt, decapitated and head cut off respectively. This spectacle of brutality on women’s bodies manufactures female fear or brings about the female fear factory within the Cameroonian society. The manufacturing of female fear according to Pumla Dineo Gqola[11] consists of acts, behaviours or attitudes which work to intimidate women into submission and silence as well as inspire fear in them. The female fear factory renders women powerless or reminds women that they are powerless and that men have the ultimate control. The viciousness which accompanied the violence women were subjected to in the recent months in Cameroon manufactures female fear in the following ways.

By waking up to news of women being killed by their intimate partners or other men, Cameroonian women are reminded that not only are they not safe, but their bodies and their lives do not belong to them. They are subtly and indirectly reminded that when in a union, there is no way out for them except through violence or death and that men hold the ultimate power over them. In a nutshell, the violence women are subjected to serves to keep women in check, into submission and into silence. This female fear factory is effective because it relies on the privilege of the aggressor and the vulnerability of the victim. The aggressor dwelling in his privilege and safety is aware that he has the power and can harm/violate as he pleases without any consequences.

What do we do?

Women who have been victimized and continue to be victimized deserve justice and an acknowledgement of their dignity. Women who have had their lives taken away at the hands of their intimate partners and other men ought to be remembered and have their names said. They are more than statistics or numbers. It is imperative to stop trivializing or ghettoizing women’s issues, experiences and security. If we truly believe, as is often claimed, that women are the pillars of our communities, then we must be respected. We owe it to ourselves, the future generations and to the women who have been and are pillars of our community to probe why violence against women persists. We need to be brave and relentless in not only challenging the patriarchal system which is at the base of this phenomenon but also need to confront and hold accountable aggressors who feel entitled to women’s bodies and lives.

Corinne Aurelie Moussi is an International Law and International Relations graduate from the University of Cape Town and Stellenbosch University. She is a Lisa Maskell fellow and is currently affiliated with the South African Research Chair (SARChi) in Gender Politics at Stellenbosch University and has keen research interests in gender justice, international criminal justice and women’s peacetime and wartime experiences. She is an African feminist and a fervent advocate of women’s rights.

[2] Levels of violence against women around the world have seen an upsurge in light of the COVID-19 pandemic. Since the outbreak of COVID-19, emerging data and reports from UNFPA and other sources estimate a 20% increase in violence during an average three-month lockdown in all 193 UN member states..

[4] According to the Centre for Human Rights and Democracy in Africa - Cameroon, Akawung Franka and Lizzette, two young women in the town of Buea, Cameroon had been killed in the hands of their intimate partners in May and June 2020. In July 2020, a young woman by the name of Lydienne Solange Taba was shot by her partner and reported dead according to Cameroun Tribune.